ApeCoin gains 4.29% in seven days to trade at the $4.92 level. ApeCoin (APE), the Ethereum-based Bored Ape Yacht Club ecosystem token, has increased 1.27% in the last 24 hours and is now trading just below a two-week high of $5.19. However, its upward trend could be attributed to some project-related news. The Ape Foundation, in particular, has now released recommendations for a new election procedure for the project’s decentralized autonomous structure (DAO).

Since several altcoins are struggling to break through, the price of ApeCoin has skyrocketed. APE’s price has recently risen following a breakout from a bullish setup. This rally could continue higher to balance the upside imbalance. On the other hand, the sharp decline in the value of cryptocurrencies was thought to be one of the major factors limiting the ApeCoin coin’s further rise.

APE’s recent price movement is most likely due to project-related news. The Ape Foundation has proposed a new election procedure for the project’s decentralized autonomous structure (DAO). If the proposals are approved, the election procedure would be changed to a rolling election, with a council member’s seat elected every three months.

According to a tweet from ApeCoin’s official Twitter account, this provides a stable environment for responsibly bringing in new members and ensuring that the DAO has the consistency to run and efficiently transfer expertise while also introducing new ideas from the community.

This creates a stable environment to responsibly bring in new members and ensure that the DAO has consistency to operate and efficiently transfer knowledge while also introducing fresh ideas from the community. (3/5)

On the other hand, community members have long advocated for greater representation from people who are not affiliated with organizations that may have competing interests.

The cryptocurrency market has lost steam since the start of the new day, with the total market cap of all cryptocurrencies falling below $1 trillion in the last 24 hours. Bitcoin (BTC), the world’s oldest and most valuable cryptocurrency, showed no improvement and was trading at around $20,000 in the early hours of Thursday. The implications of US inflation figures appear to impact the pricing of the most popular cryptocurrencies significantly. So, one of the main factors preventing the ApeCoin token from making further progress was the cryptocurrency market’s dips.

Another essential factor that was thought to have limited the gain in the ApeCoin coin was the strong dollar. The US dollar resumed its upward trend on Thursday, hovering near previous highs, in anticipation of the US Federal Reserve continuing its aggressive tightening of monetary policy to lower inflation. As a result, the dollar index remained stable at 109.84, retaining its 1.5% gain from Tuesday, when unexpectedly high US inflation figures stunned investors. The ongoing risk-off market sentiment also benefited the US dollar, as it tends to increase demand for safe-haven assets such as the US currency. 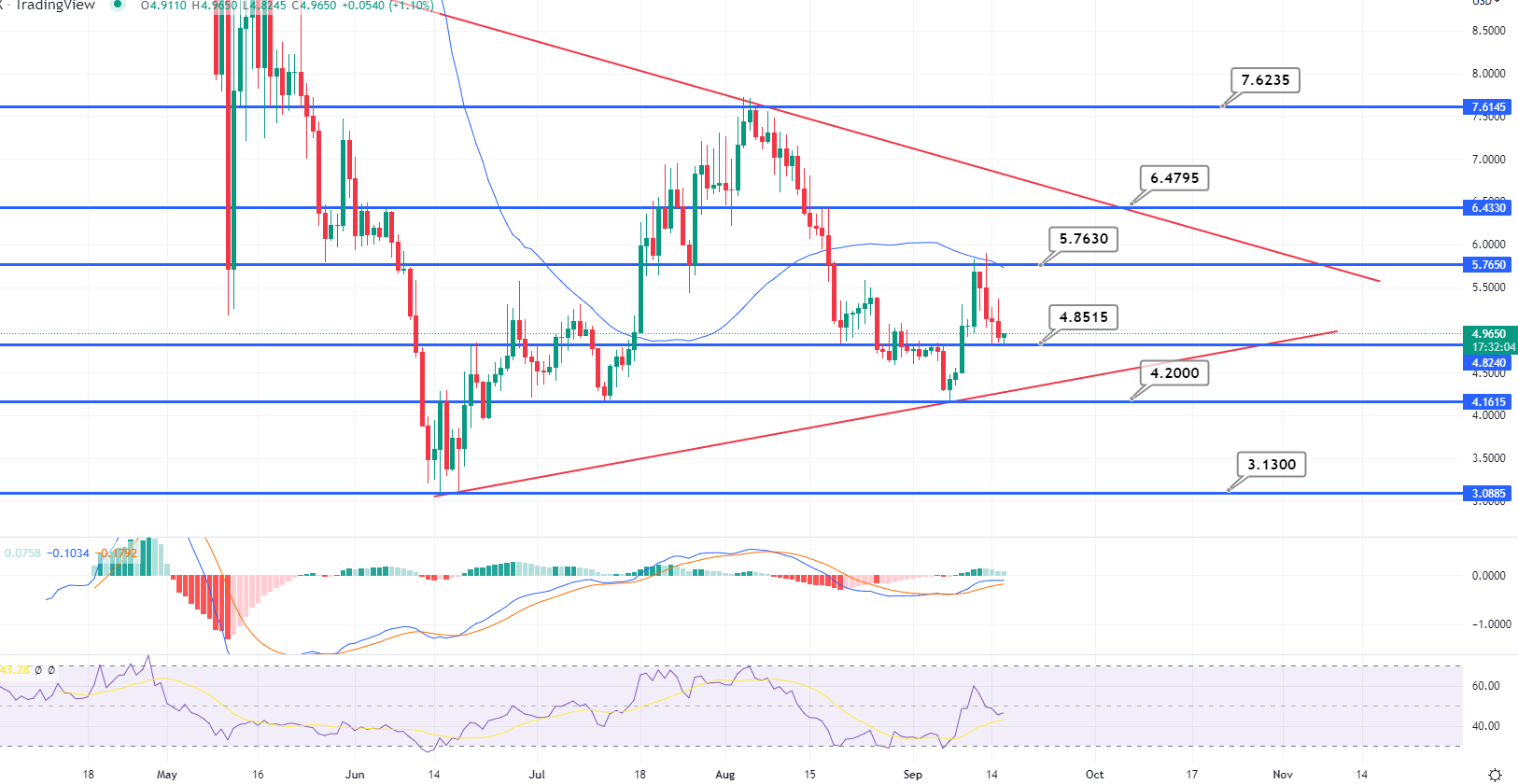 Looking at the technical side of APE, it is gaining immediate support at $4.85, and a break below this level has the potential to drop further until it reaches the $4.20 support zone. However, the daily timeframe’s upward trendline tends to support altcoins. On the downside, a break of the 4.20 level could send the APE/USD pair down to $3.13.

Bitcoin derives its monetary value from the fact that it is a new type of property that is independent and autonomous, amoral and apolitical.