With the new feature, PayMaya intends to make it simpler for Filipinos to learn about and use cryptocurrencies. 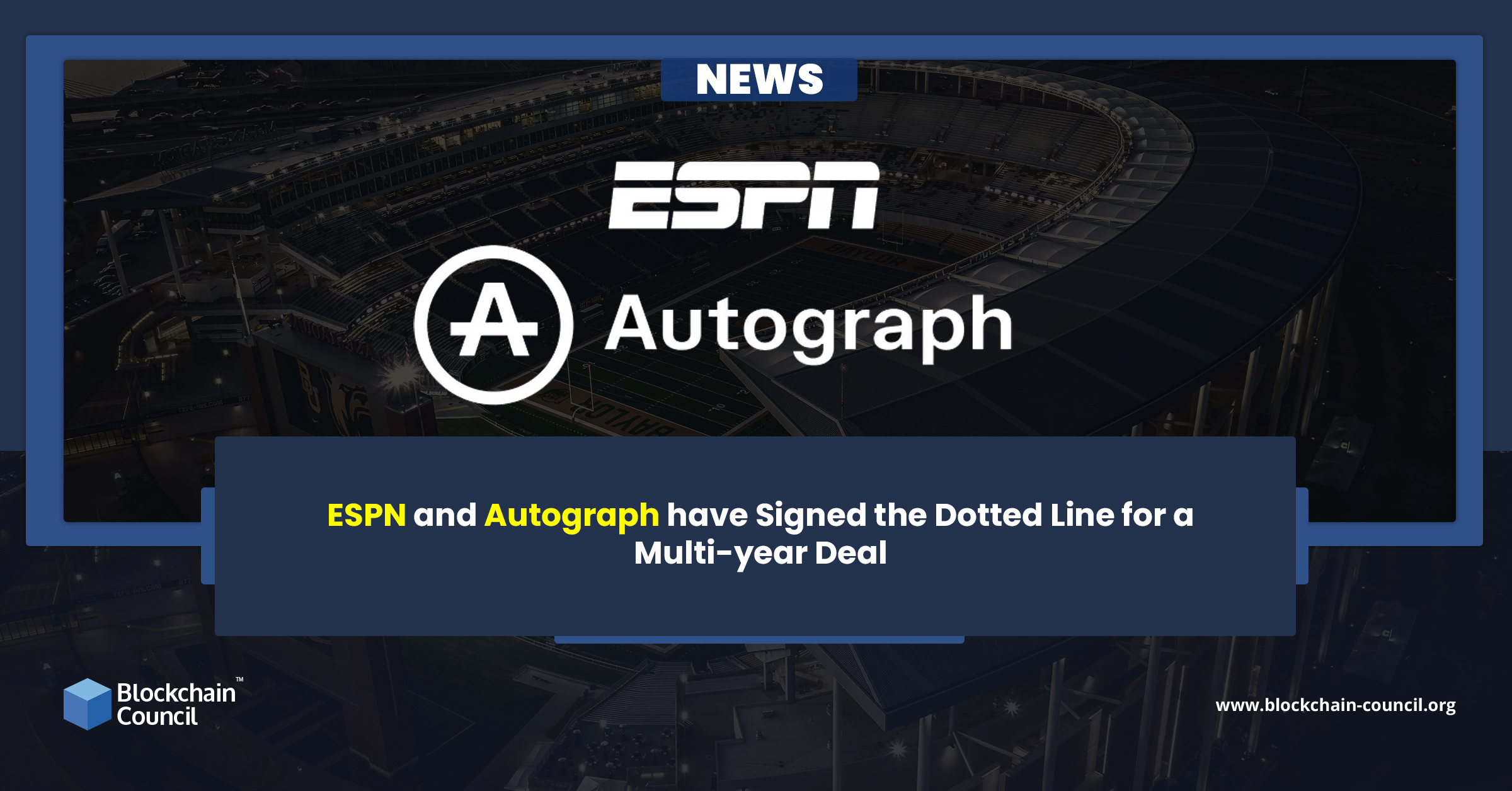 Thriving as one of the world’s most popular and largest sports firms, ESPN has set its first sail into the pool of Non-Fungible Tokens with its latest expedition. To venture across the fast-growing industry of digital collectibles, ESPN has inked a multi-year deal with Autograph, a popular NFT marketplace co-founded by Tom Brady, the NFL…Read More

A specific deadline for the transition to proof-of-stake has been been offered by Ethereum developers who are working on implementing the merging. Ethereum Merge Now Has A Date The Ethereum mainnet is now scheduled to launch the merging during the week of September 19, according to a recent developer teleconference. This will happen after switching the final testnet before the merge to PoS. The adoption of the transition has been delayed on a number of occasions. The crucial transition of the Ethereum network from proof-of-work (PoW) mining consensus to proof-of-stake is almost complete (PoS). During a conference call on Thursday, members of the Ethereum development team declared a timetable for the permanent merger. Tim Beiko, a core Ethereum developer who oversees protocol meetings, suggested September 19 as a viable date for the merger during the conference call. The core developers did not object to the planned goal date. These professionals are giving their all to make sure the combo is successful. This merge timeline isn’t final, but it’s extremely exciting to see it coming together. Please regard this as a planning timeline and look out for official announcements!https://t.co/ttutBceZ21 pic.twitter.com/MY8VFOv0SI — superphiz.eth 🦇🔊🐼 (@superphiz) July 14, 2022 The Goerli testnet merge is anticipated to be live in the second week of August. The Bellatrix update will then be released on the blockchain in early September, followed by the merge two weeks later. The new integration date roughly corresponds to the late-August schedule Vitalik Buterin suggested earlier this year. Previously, a shadow fork on the mainnet resulted in the shutdown of 20% of nodes following its rollout, raising questions regarding merging stability. After the Beacon chain underwent a 7-block deep reorganization in May, the price of ethereum crashed. Superphiz.eth, an Ethereum developer, talked about the merger’s timeline and underlined that the proposed goal date should be viewed as a road map rather than a strict deadline. The Sepolia testnet Beacon Chain launched in June, clearing the way for Merge dress rehearsal to offer technical insights to Ethereum network developers. This process culminated with the Sepolia being incorporated into the network on July 7. It is anticipated that switching to Proof of Stake (PoS) technology will reduce energy consumption by 99%. The first quarter of 2023 is when sharding is expected to be implemented, greatly enhancing network scalability. The PoS vs. PoW debate has been going on for a while, with supporters of PoS arguing that it is both equally secure and more ecologically friendly. Opponents of PoW, like Jack Dorsey, have criticized it as centralized and insecure. Related reading | Upcoming ETH Merge Sees Institutional Investor Sentiment Turn Positive News Result In 12% Price Jump Despite the bear market’s persistence, investors have enormous faith in the Merge event, as seen by this morning’s increase of more than 10% in the second-largest cryptocurrency. According to TradingView, the current price of one Ethereum token is $1,216. On the previous day, it had a trading volume of $19 Billion. Ethereum’s value has increased by 12.86% during the last day. ETH/USD jumps 12% following merger news. Source: TradingView The merger’s success will still depend on how successfully it is executed, though. The switch to PoS will unquestionably be the blockchain’s biggest improvement since Ethereum’s hard fork in 2016 that gave rise to Ethereum Classic. The value of the token has decreased by about 70% as a result of rising inflation and interest rates. Due to the fact that it would make investing in the token much more accessible, the merger is anticipated to have a good overall impact on Ethereum pricing. Additionally, ETH’s institutional appeal may increase by acting like a debt instrument thanks to staking benefits. But only if the merge is carried out successfully. Since the hard fork in 2016 that led to the establishment of Ethereum Classic, the switch to PoS will likely represent the biggest change to the blockchain. Recent market turbulence may have limited Ethereum’s ability to gain significant bullish traction. The token’s value has decreased by around 70% this year as a result of higher inflation and interest rates. Related Reading | TA: Ethereum Holds Key Support, Why ETH Must Clear This Hurdle Featured image from Shutterstock, chart from TradingView.com