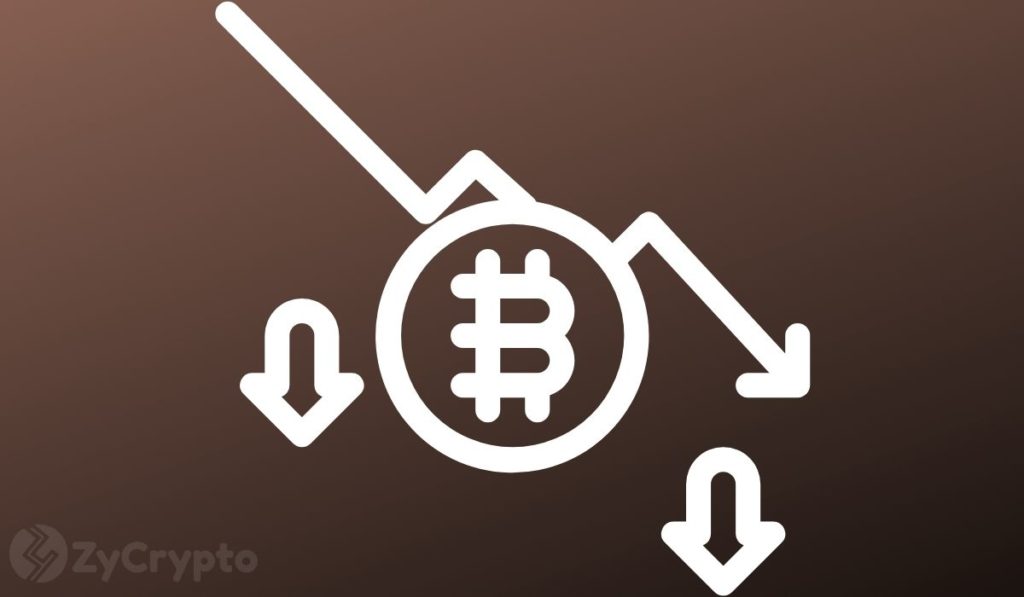 On Monday, May 9, BTC reached its lowest level since the summer of 2021. The price of the top cryptocurrency fell below $31,600.

According to CoinGecko, BTC has fallen 7.6% in the past 24 hours and 17.8% over the week. All of the top 10 crypto-assets by market cap are in the red zone, following the leader.

The daily volume of liquidations in the market exceeded $903 million, according to Coinglass.

The unfavorable market outlook has caused the Fear and Greed Index to drop to as low as 11 points, signaling extreme fear.

What do analysts think?

On May 8, Glassnode’s top analyst, who goes by the moniker Checkmate, noted that “many people are waiting for bitcoin to capitulate”.

The latter is usually characterized by a relatively prolonged, sudden, and catastrophic price drop similar to the March 2020 collapse.

Analyst Caleb Franzen also pointed out the downward trend and said we should not “expect more pain.”

On May 5, after a brief spike in prices amid the Fed’s increase in interest rate, the price of the first cryptocurrency began to plummet, coming close to the $35,000 mark.

In April, former CEO and co-founder of the BitMEX exchange Arthur Hayes predicted bitcoin would fall to $30,000 at the end of the first half of the year. He linked it to a possible decline in the Nasdaq 100 Index (NDX), with which digital gold is highly correlated.

Arcane Research analysts confirmed that the statistical correlation between bitcoin and the Nasdaq index is at its peak since July 2020.

Why is the market sinking?

There are at least three reasons why the market may have gone so deep south.

The first is global macroeconomic uncertainty. Global economies are struggling with historically high inflation due to the pandemic. What’s more, there is warfare going on in Ukraine, which is also not having a positive impact on the markets.

The second reason could be the sharp sell-off in whales and the large inflows of BTC into the exchanges. Such a situation usually suggests that whales are leaving the market and can be interpreted as a preparation for longer declines.

Technical indicators are not particularly favorable for BTC either. The major cryptocurrency has closed six consecutive weeks in the red and opened the seventh also in decline. The market hasn’t experienced such a situation in 8 years and this is certainly a testament to the fact that investors are closing their positions.

Data shows the Bitcoin total transaction fees have continued to be at historically low values despite a spike during LUNA’s collapse recently. Bitcoin Transaction Fees Have Moved Sideways Since July 2021 As per the latest weekly report from Glassnode, the total transaction fees on the BTC network has been very low for almost a year […]

Otaku Klub NFT, the world’s first-ever Japanese anime NFT project featuring a crypto-game and “mangaverse” intended for Otaku and all NFT collectors, is launching in the second quarter of 2022. According to its official site a presale will take place 24 hours before the general sale. Members of the community will have access to 250 […]