With the introduction of blockchain-based assets for games comes the possibility of entirely new business models and innovative development.

Data: Bitcoin Miners Are Quietly Accumulating While The Market Bleeds

On-chain data suggests Bitcoin miners have been quietly accumulating while the rest of the market has been bleeding. Bitcoin Miner Reserve Continues To Stay At High Values Despite Struggling Price As explained by an analyst in a CryptoQuant post, BTC miners seem to have continued to accumulate while the price has declined in the past few weeks. The “BTC miner reserve” is an indicator that tells us the total amount of Bitcoin present in the wallets of all miners. When the value of this indicator goes up, it means miners are transferring a net amount of coins to their reserves. Prolonged such trend may be a sign that miners are accumulating right now. On the other hand, a downtrend in the metric suggests miners may be selling at the moment as they are moving some Bitcoin out of their wallets. This trend can be bearish for the price of the crypto. Related Reading | Bitcoin Activity Soars Post SWIFT Ban On Russia, BTC At Do Or Die Spot? Now, here is a chart that shows the trend in the BTC miner reserve over the past year: Looks like the value of the indicator has enjoyed some uptrend recently | Source: CryptoQuant As you can see in the above graph, the miner reserve has been on the rise since the Bitcoin all-time high of $69k was set and the price subsequently started a decline. During this period, miners have added just under 12k BTC to their treasuries, while the price of the crypto has fallen off by around 35%. Related Reading | Bitcoin Prices Dragged Down By Geopolitical Tensions, Ukraine Nuke Plant Bombing Historically, miners have always been one of the major sources of selling pressure in the market. So these traditional sellers rather showing accumulation behavior recently can be quite bullish for the price of Bitcoin. The quant in the post believes that this trend of accumulation and no recent mass dumpings may be a sign that the crypto has started to hit lows. While this can benefit the price in the long term, near term outcome is still quite uncertain due to the Russian invasion of Ukraine that still rages on. BTC Price At the time of writing, Bitcoin’s price floats around $38.3k, down 1% in the last seven days. Over the past month, the crypto has lost 8% in value. The below chart shows the trend in the price of BTC over the last five days. BTC’s price seems to have tumbled down over the last few days | Source: BTCUSD on TradingView Just a few days back, Bitcoin had again climbed above $45k, but it didn’t last long. The price declined quite fast and has now plunged down to the current sub-39k levels. Featured image from Unsplash.com, charts from TradingView.com, CryptoQuant.com

MyCointainer, a platform for crypto staking, today announced closing its $6 million seed funding round. Co-leading the seed round was Mapleblock, Shima Capital, and Bybit, a popular crypto exchange. Additionally, a myriad of angel investors participated in the round including CoinList, Circle, and Polygon. ConsenSys, Near, 1inch, Algorand, Polkadot, dY/dX, Casper Labs, Mina, Ankr, and […]

FC Barcelona is looking at Metaverse and NFT possibilities 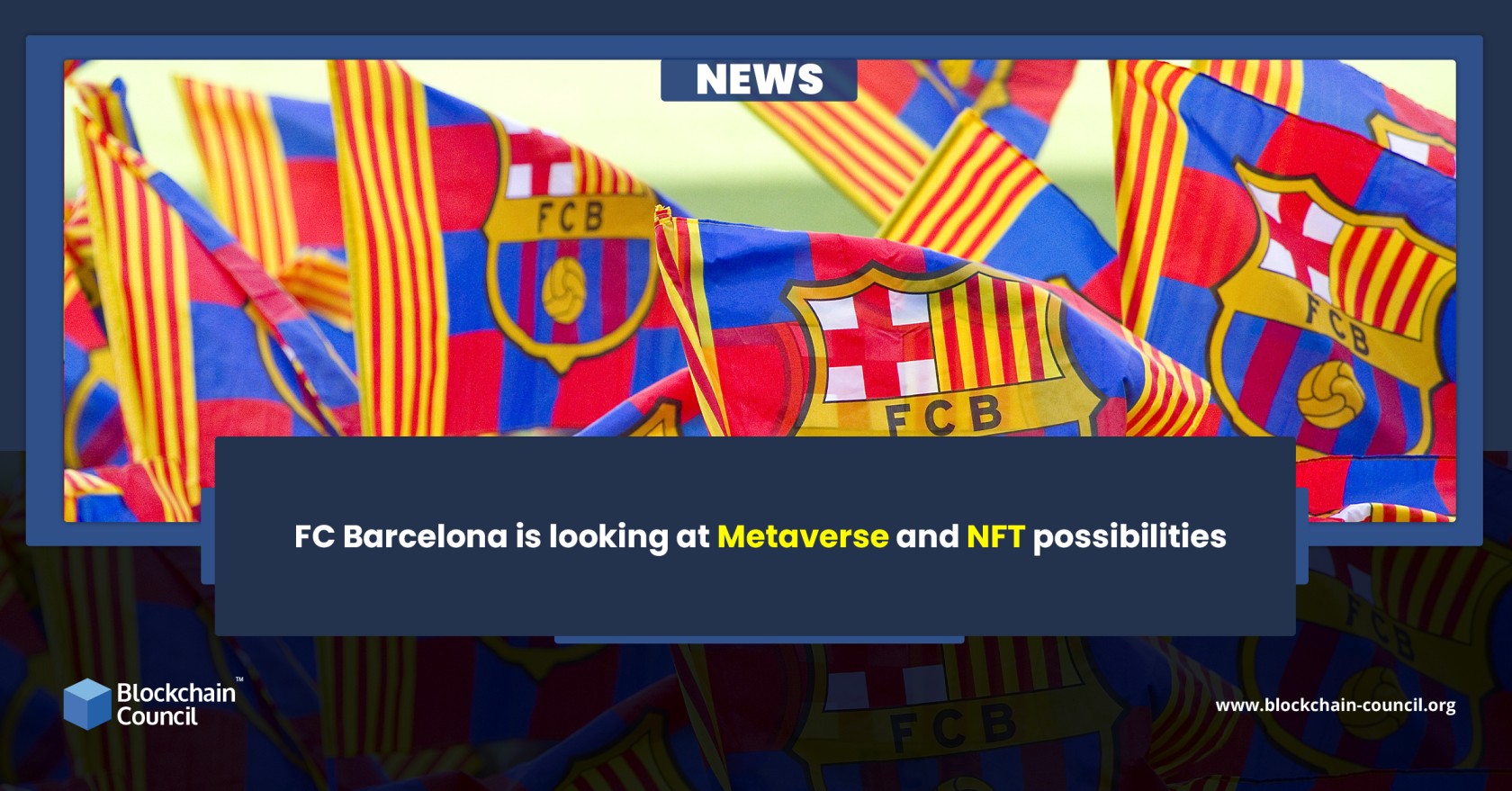 FC Barcelona, a Spanish football club, is no stranger to playing in cryptocurrency. Earlier this year, we highlighted the club’s investigation into Polkadot as a prospective shirt sponsor. Although Spotify concluded the contract with the club, prominent players like Palkadot are in talks with the sport’s largest clubs, encouraging crypto engagement in general.    FC…Read More