Disclaimer: The following op-ed represents the views of the author, and may not necessarily reflect the views of Bitcoinist. Bitcoinist is an advocate of creative and financial freedom alike.

No oceans. No blue sky. Only wrecks of its formal glory. We burned the planet down and now our children will have to fight over the remaining resources. This is the world 40 years from now. It’s a Mad Max world.

Imagine the opposite. A futuristic utopia. A world powered by renewable energy where there is no pollution, no contamination. A new world of perpetual happiness.

In the narrative that steers the future of planet earth, there is no contrast. No middle ground. It’s either hell or paradise. Friend or foe. You are either with the saviors or against them.

That’s what they, the saviors of the world, want you to believe. That’s the power of this narrative, do you want to contribute to the destruction of your home and your children’s home?

The saviors are those that controlled environmental investments. Only they have the power to support this narrative.

There are over 200 countries and 8 billion people living in the world. Only two of these countries have an economy large enough to reach $10 trillion or $20 trillion: the United States and China.

You could take a big portion of earth with its people, their dreams, and experiences, and they would barely reach the size of the U.S. economy.

However, if you take the combined capital of environmental, governance, and social investments (ESG) since 2020 you get $17 trillion. Enough money to rank in the top 5 economies in the world.

This gives the so-called saviors a lot of ammunition to back you up if you are on their side or destroy you if you resist. 17 trillion dollars are destined to create a green utopia. Most of this money was gathered in 2020.

Remember this. $17 trillion is a massive number. In the future, this could be a fraction of ESG-related assets. They are expected to reach $53 trillion by 2025.

I think the so-called saviors of the planet are ready to crown Ethereum in their favor. This will inject a percentage of those $17 trillion right into the cryptocurrency.

Only 1% of that amount would be enough to increase Ethereum’s market capitalization by 5x. Pushing the price above $10,000 and beyond.

ESG saviors are ready to take Ethereum under their wing, and separate allies from enemies. Let me tell you the clues that are sketching this vision of the future, and how the cryptocurrency will benefit.

For the saviors of the world, crypto is the enemy. You have seen it on the news with more and more frequency. A narrative is taking shape.

Crypto is burning the oceans, they say, crypto mining consumes more energy than this country or the other. It doesn’t matter if this is true. All great causes need a public enemy and a hero.

For this particular story, Ethereum will become the latter. The cryptocurrency is transitioning from a Proof-of-Work (PoW), used by Bitcoin, to a Proof-of-Stake (PoS) consensus. As a result, it will reduce its energy consumption by 99%. It will fit the ESG narrative.

This has happened in the past. Tesla was chosen as an ESG champion and in 2020, when environmental investments accelerated, the price of the stock followed.

Imagine something similar happening to Ethereum (ETH). Trading at $2,800 today. A 10x increase in a year could put the price per ETH at $28,000 by 2023 or a year after the so-called saviors of the world decide to give it their blessing. Probably when Ethereum migrates to a PoS consensus.

Tesla has no competitors. As Ethereum could have no competitors in the coming years. Politicians and mainstream media are working to accomplish that.

Those cryptocurrencies labeled as public enemies will see many doors shut down on them. There is legislation making its way to the political machinery with one target: try to put a leash on that which refuses to be controlled. On Bitcoin.

How Fast Can Money Flow Into Ethereum?

If you think ESG is a thing of the past, think again. In 2021, PricewaterhouseCoopers (PwC) discovered that a majority of people in the U.S., China, Korea, and Germany, invest or buy products from companies trying to protect the environment.

Despite the $17 trillion flowing to environmental investments, this movement is in its early stages. Investment products with environmental objectives have been seeing more money stream into them.

Here is how fast money has been pouring into ESG investment products since 2015.

Imagine something similar, but with Ethereum. How fast can money flow into it?

What was the catalyzer for that growth? The COVID-19 pandemic, people care more about the planet today, there is better technology. Take your pick. All that matter is that the narrative is growing stronger.

Again, imagine a portion of that going into Ethereum in the coming years, with mainstream media backing it, and politicians blocking the competition. These are the ingredients for massive appreciation.

And sure, ESG is a label. A meme. But if the past two years have proved something is that meme driven investments are powerful. A 17 trillion-dollar meme movement is a force to be reckoned with.

Bitcoin Price Prediction – July 22The business activity in the BTC/USD market holds over $22,500 in the following sessions. Price has been trading between the […]

MetaverseGo raises $4.2 million in funding round

MetaverseGo, a British Virgin Islands-based mobile gaming venture, has raised about $4.2 million in a seed funding round. The platform confirmed the development in a […]

Here’s What’s Next for Ethereum, Fantom and One Additional Altcoin, According to Analyst Michaël van de Poppe 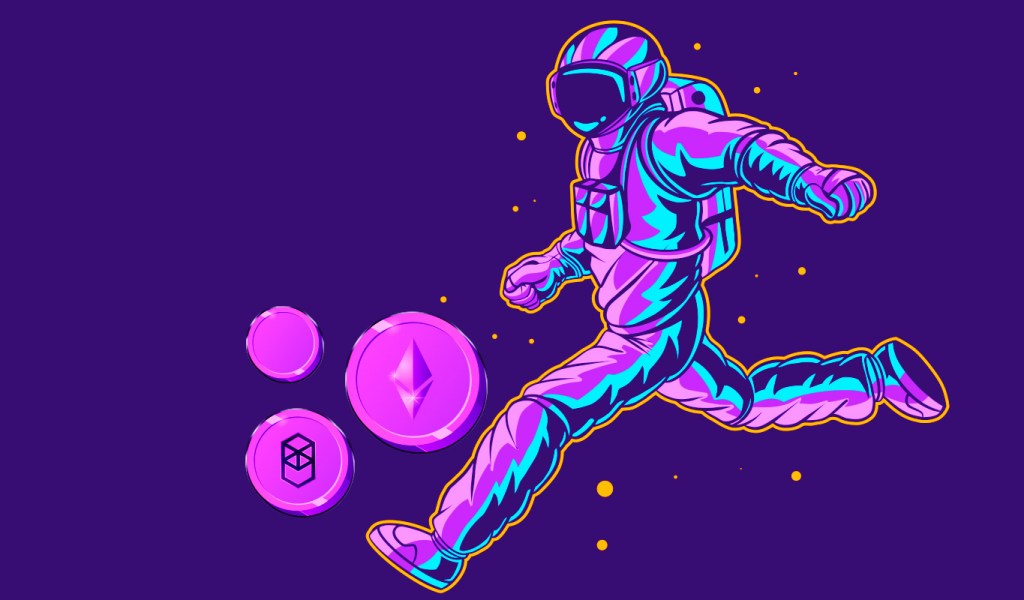 Widely followed analyst Michaël van de Poppe is assessing three crypto assets for potential entry points while laying out his price targets. The trader tells his 612,900 Twitter followers that enterprise-solution blockchain Zilliqa (ZIL) could possibly break out toward the $0.05 level if it can find support above $0.0375. “A play I’d be looking at […]

The post Here’s What’s Next for Ethereum, Fantom and One Additional Altcoin, According to Analyst Michaël van de Poppe appeared first on The Daily Hodl.