The Celsius (CEL) coin gained significant positive traction on Friday, reaching an intra-day high of around $1.67 after reaching lows of $1.15 the day before. Celsius Network filed a motion with the Bankruptcy Court asking that its clients with certain custody and withheld accounts be allowed to withdraw the number of digital assets owed to them, causing the price of CEL to rise by about 50%.

Bankrupt crypto lender Celsius Network is seeking to give coins back to a sliver of users who are locked out of their accounts https://t.co/bhGb78dUMv

Celsius has proposed that owners receive $50 million of the $225 million in the custody program and withheld accounts. Furthermore, the coin’s gains were supported by the cryptocurrency market’s continuous improvement, which tends to increase investor confidence and help the coin’s gains. As a result, the cryptocurrency markets recovered on the day and are still green.

According to CoinMarketCap data, the total market cap of all cryptocurrencies traded on Friday was $984.29 billion, a 1.32 percent increase. The world’s two largest crypto coins, Bitcoin, Ethereum, and others, saw minor gains. The current live price of one Celsius unit is $1.45, with a 24-hour trading volume of $25,774,989. The temperature has risen by 8.75% in the last 24 hours. 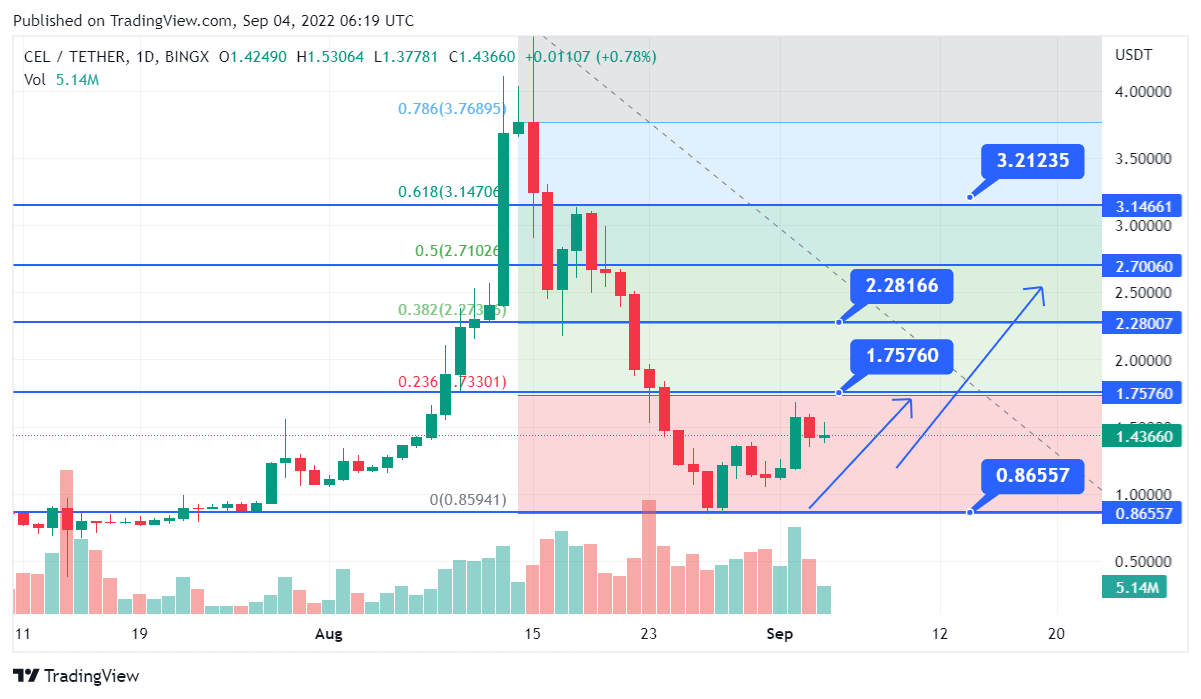 Celsius is now ranked #95 on the stock market, with a live market valuation of $345,865,233. It has a total supply of 695,658,160 CEL coins and a circulating supply of 238,863,520 CEL coins. Technically, CEL is likely to experience a significant price decline in September. On the four-hour chart, the Celsius token has shown a “rising wedge” since late August.

CEL is now testing the wedge’s higher trendline for a retracement into the lower trendline. The latter trendline is near $1.34, a price that has consistently provided solid support in recent trading history. As a result, selling pressure may increase if $1.34 is broken.

Celsius Network, a cryptocurrency lender in bankruptcy court for less than a month, filed a motion to refund cash to custody holders early Thursday morning. According to the statement, Celsius has 58,300 users who have placed over $210 million in deposits with its custody and withhold, with 15,680 users owning “Pure Custody Assets” worth approximately $44 million.

The Bankruptcy Court for the Southern District of New York is handling the case, and a hearing has been scheduled for October 6 to address the issue. Celsius filed for bankruptcy in July, following the suspension of all withdrawals in June. Clients of the crypto lender have written to the court detailing their problems.

Several of these letters ask the court to reopen withdrawals and, if necessary, liquidate Celsius’s assets. For instance, Celsius’ request comes a day after a coordinated group of 64 customers claiming custody of nearly $25 million asked the court to return their money.

As a result, the price of CEL increased by nearly 50%, reaching an intraday high of $1.67 per token on September 2 after falling to $1.15 the day before.

Regaining Confidence in the Crypto Market

Popular cryptocurrencies such as Bitcoin, Ethereum, and others have made modest gains in the last 24 hours. Bitcoin and Ethereum, the two largest crypto coins in the world, recovered from losses caused by the Fed chairman’s hawkish stance in response to rising inflationary fears. This was viewed as one of the primary reasons for the increase in the value of crypto assets.

The Federal Reserve’s projected rate hikes and strict monetary policies appear to have been absorbed by cryptocurrency investors. The cryptocurrency market’s recovery was thus regarded as one of the key factors that contributed to the Celsius coin’s sustained value increase.

US Dollar Losing Some Ground

The weakening US dollar bolstered the gains in the Celsius coin. The broad-based US dollar failed to maintain its bullish trend and fell from a 20-year high on Friday as data revealed that the US hiring increased faster than expected in August.

Still, wage growth slowed, and unemployment rose, giving the Federal Reserve some wiggle room when raising interest rates later this month. As a result, the US dollar fell from the 20-year high it reached on Friday. 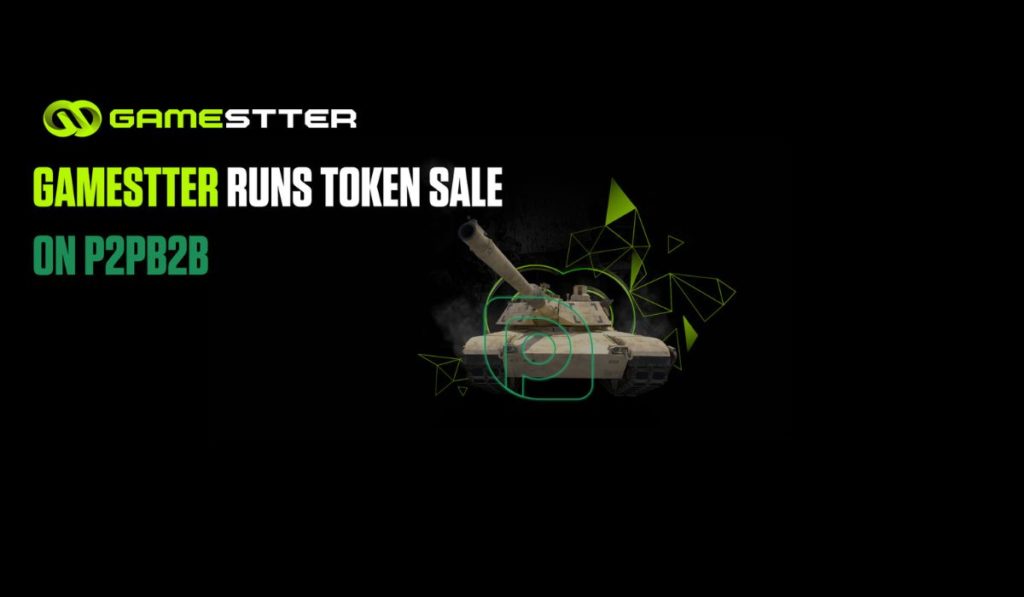 Let’s Rewatch “Human B.” Selected Quotes From The Documentary’s Guests

The phenomenal bitcoin documentary “Human B” has been making the rounds for a couple of months. Directors Aaron Mucke and Eva Mühlenbäumer produced a piece that defies nay-sayers and serves as an introduction for newcomers. It goes right to the root of the matter, how money works, and then gets into the solution that bitcoin […]

Coinhako, an Asia-Pacific-based crypto exchange company, today announced that it has been granted the Monetary Authority of Singapore’s (MAS) official approval for a Major Payment Institution (MPI) license. Securing this MPI license means that Conhako will be able to legally operate as regulated providers of Digital Payment Token (DPT) Services under the Payment Services Act […]