Cryptocurrency for political campaign contributions will now be allowed in California, after a ban was lifted by the state’s Fair Political Practices Commission, Friday.

The FPPC has voted to lift a four-year restriction on bitcoin contributions. In 2018, California was one of nine states that specifically prohibited the practice, according to an FPPC staff report.

Crypto To Cash Conversion Part Of The Deal

The rules mandate that campaigns turn digital currencies into cash as soon as they receive it. According to a report by the Associated Press, campaigns must utilize a “registered cryptocurrency processor” to obtain the standard donor information.

Based on a staff report, certain measures are required to prevent money laundering and denial of contribution limitations for political parties.

The newly enforced guidelines would be established within 60 days, the report says.

Cryptocurrencies are independent of banks. Rather, blockchain technology is utilized to record transactions digitally. State and federal regulations mandate the collection of the names, addresses, professions, and employers of all donors.

In other contexts, California has been a trailblazer in Bitcoin acceptance. In February, legislation was proposed in the state Senate to allow cryptocurrency payments for government services.

This measure failed a procedural vote, but it was allowed a reconsideration, which has not yet occurred. In May, Governor Gavin Newsom issued an executive order to reconcile state rules with the digital assets executive order issued by US President Joe Biden.

On March 9, Biden signed an EO highlighting the risks involved with exploiting the potential benefits of digital currency assets and their underlying technologies.

Sam Bankman-Fried, chief executive of crypto exchange FTX, was one of Biden’s top donors for the 2020 presidential campaign. According to estimates, the billionaire CEO’s 2024 election expenditure might reach $1 billion.

The California Department of Financial Protection and Innovation, which oversees state-licensed financial institutions, declared last week that it will investigate whether virtual asset companies that froze withdrawals and transfers violated the law.

Cryptocurrency remains a very divisive topic, with skeptics arguing it’s a buzz in the market fad and nothing more than a get-rich-quick scheme.

Interestingly, certain leaders, including the president of El Salvador, the mayor of New York City, and the mayor of Miami, have warmly embraced the technology, while others have urged for it to be reined in; for instance, China has outright shunned the use of crypto.

TRON Bulls Are Back To Pump Some Energy Into TRX Coin

TRON trading volume has shed a trickle at around 3%. There has been an uptrend movement seen before it recently declined. While the TRON bulls are desperately trying to hold on and support the price, the bears have been doing the heavy lifting so TRX needs to work double and get more buyers to boost the price. The bulls did an excellent job pushing the price of the TRX/BTC pair from a lower low that registered at $0.06613 to $0.06715 but investors still need to time the market before they go full swing. As of this writing, TRX was trading at $0.065623, up 2.5% in the last seven days. Suggested Reading | Solana (SOL) To Hit $166 By 2025, Despite Current Bearish Conditions TRX Market Cap Up 0.43% Over The Last 24 Hours TRX has only gained around 0.43% in terms of market cap overnight. The coin currently has a trading volume capped at 434 million and a market capitalization of 6.4 billion which rounded up a 4% loss in the past 24 hours. The short-term analysis has shown an upside or tilting movement but has somehow flattened as the bears have been increasingly on the dominant side. On the brighter side, the MACD indicator reveals a strong buying signal as the buyers are rushing back to the market. The coin’s RSI also skyrocketed as seen in the hourly price chart as it glides above 50. The Bollinger band cloud appears to be still and isn’t lifting any finger. The TRX price showed a dip of 7% in the past six days which is a cause of concern for some investors. However, the hourly price chart shows some hope with the bulls going back to supporting coin pumping up the possibility of an uptrend movement. TRX total market cap at $6.05 billion on the daily chart | Source: TradingView.com TRX TVL Grows A Decent 47% On July 23, the TRON network announced vital network developments that happened from July 16 to July 22. Currently, with its recent update, the TRON network is recognized as second in rank among the top blockchains in terms of transaction volume. TRX currently has processed over 3.5 billion total transactions since its launch. Additionally, USDD, TRON’s stablecoin was also recently launched on the Arbitrum. On July 20, TRON also revealed its collaboration with WeFund. From July 16 to July 22, TRX declined in social dominance by 2% which is very minor but TRX social volume also spiked by 22% which is very significant. The total value locked (TVL) of TRX has grown tremendously since the first week of July. To date, the network’s TVL has ballooned exponentially by 47%. Suggested Reading | Cardano (ADA), After 35% Spike, Locks On Next Target: $0.55 Featured image from Invezz, chart from TradingView.com

KNC shook off the current downtrend by posting a 50%+ monthly gain following the launch of Kyber 3.0 and integration across many decentralized exchanges. 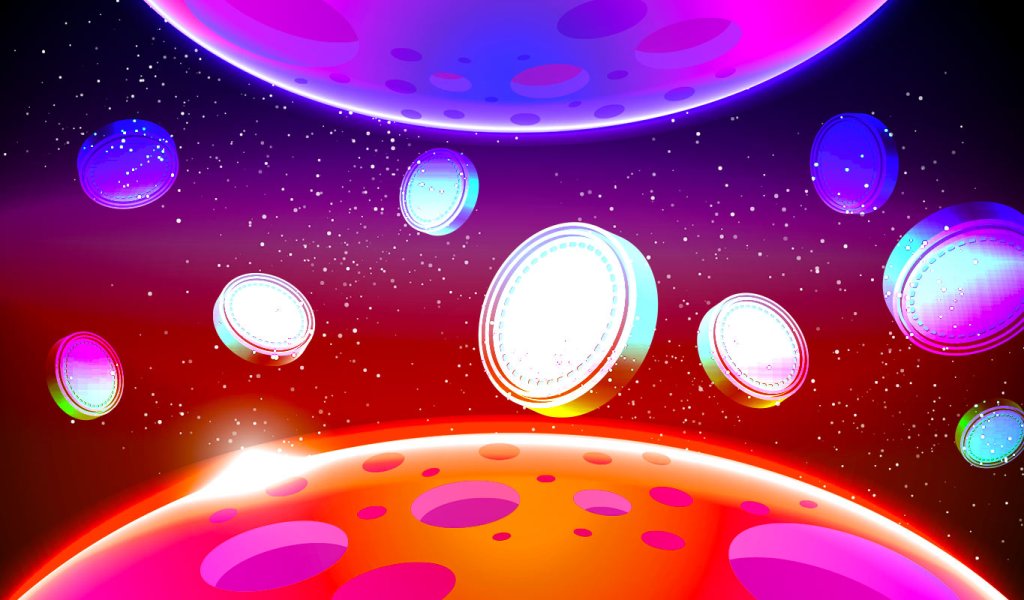 A robot with a reputation for outpacing the crypto markets is revealing its latest portfolio allocations as Bitcoin (BTC) and Ethereum (ETH) weather high volatility. Each week the Real Vision Bot conducts surveys in order to create algorithmic portfolio assessments consistent with a “hive mind” consensus. The bot’s newest data finds that traders’ risk appetite […]