The bear market has been quite harsh to all major altcoins including Ethereum. Over the past 24 hours ago, the coin dipped by 4%. In the last week however, Ethereum tried to stage a recovery. The bears continued to drag prices down despite that.

Buyers of Ethereum have tried to remain calm throughout most of the downswing. The consistent push by the bears have caused the altcoin to experience less to almost no recovery. The technical of the coin  also pointed towards further fall in price before Ethereum starts to rise on the chart again.

In the recent developmental front, the altcoin has announced for its possible merge to happen in the month of August this year. It is to be seen if the altcoin’s price reacts positively to this news. A likeliness of a trend reversal cannot be ruled out as the chart below depicts it.

Ethereum Price Analysis: One Day Chart Ethereum was trading at $1934 on the one day chart | Source: ETHUSD on TradingView

Ethereum was exchanging hands at $1900 at the time of writing. Continued fall below the current price level would cause the coin to trade at $1700. If buyers continue to remain scanty the coin could note a further 30% downfall and trade near $1200.

On the flipside the coin can trade above the $2000 mark slightly and then attempt to trade above the $2200 mark. The volume of Ethereum traded was still seen in red because bearish pressure had not declined in the market.

Technical Analysis Ethereum continues to be underbought on the one day chart | Source: ETHUSD on TradingView

ETH’s price was below the 20-SMA line because sellers were driving the price momentum in the market. The Relative Strength Index was also weak in accordance with other techincals. RSI was below the zero-line, just above the 20-mark. This reading meant sellers preceded the number of buyers heavily at the time of writing.

Moving Average Convergence Divergence depicts the price momentum of the market. MACD flashed red histograms beneath the zero-line which indicated a continued bearish price action for the coin.

Possibility Of A Price Reversal?

As falling wedge pattern was formed chance of the coin rebounding cannot be ignored. In case of a northbound movement, first resistance was at $2093 and then at $2200 respectively. For the bearish stance to be invalidated, Ethereum needs to trade above the $2900 mark.

Ethereum has been zooming up on its charts over the past few days. In the last seven days, the altcoin posted double-digit gains as it secured a 20% increase in market value. Post the dip, Ethereum along with other major coins have followed similar kinds of price movement. At the time of writing, ETH was valued at $3230.12. Price action was considerably bullish today after weeks of consolidation as displayed by Ethereum. The altcoin toppled over its support level of $3085.60 and was seen hovering around the $3200 price level. Indicators pointed towards a bullish price action with possibilities of ETH moving further on the upside to test its immediate resistance levels. Ethereum Soars By 20% In The Last Week With Bitcoin recovering on its charts, the broader market displayed strength. Major altcoins have also witnessed increased buying strength. In the case of Ethereum, buyers have flocked the market and have also occasionally pushed ETH to an overvalued and overbought territory. Ethereum has breached resistance levels one after the other which has shot up investors’ interest and confidence in the past week. Sustained buying strength could make ETH eye its immediate price ceiling of $3400. ETH has managed to surge 50% since January’s price dip. Price Analysis: ETH/USD Four-Hour Chart  On the four-hour chart, ETH had displayed an upward price action over the past week. At press time, the most popular altcoin was priced at $3230.12. In the past 24 hours, however, Ethereum just appreciated by 1%. Overhead resistance for the coin stood at $3391, past which, the price ceiling awaited at $3609. The technical outlook for the coin was bullish at the press time, even though over the last day ETH hasn’t managed to secure substantial gains. The price of ETH was seen above the 20-SMA line, a reading that indicated buyers in the market were in charge of pushing the price momentum forward. The Relative Strength Index has managed to remain above the half-line in the past week, as RSI has dipped below the zero-line. At the time of writing, was near the 60 mark which meant that buyers preceded sellers in the market. In the case of buyers remaining in the market, if ETH continues to trade above the current mark for the immediate trading sessions there’s a chance that the altcoin will continue to remain bullish. In the event of sellers taking over, the local support level for ETH was at $3085 and then at $2839. Related article | Bitcoin Steadies Above $45k, US Inflation Comes In At 7.5% Year Over Year Chances Of ETH Dipping? Ethereum’s important technical indicators have pointed towards a bullish bias, although some indicators have displayed chances of a price reversal. On the four-hour chart, ETH had formed a Death Cross which is considered bearish. The 200-SMA line crossed over the short-term 50-SMA line, ever since which, ETH continued to hover near the current price level. MACD flashed a bearish crossover, with red histograms lining up underneath the zero-line. This meant that bears could be taking over and a possible sell signal. In accordance with the sell-signal RSI despite being positive noted a downward movement at the time of writing. The volume of Ethereum closed high in red the previous session which displayed that bears dominated the previous price session. In case Ethereum laterally trades over the next trading sessions, it could dip to its aforementioned support levels. Related Reading | XLM Takes Off With 20% Gain, SDF CEO Outlines Drivers Which Could Fuel Rally 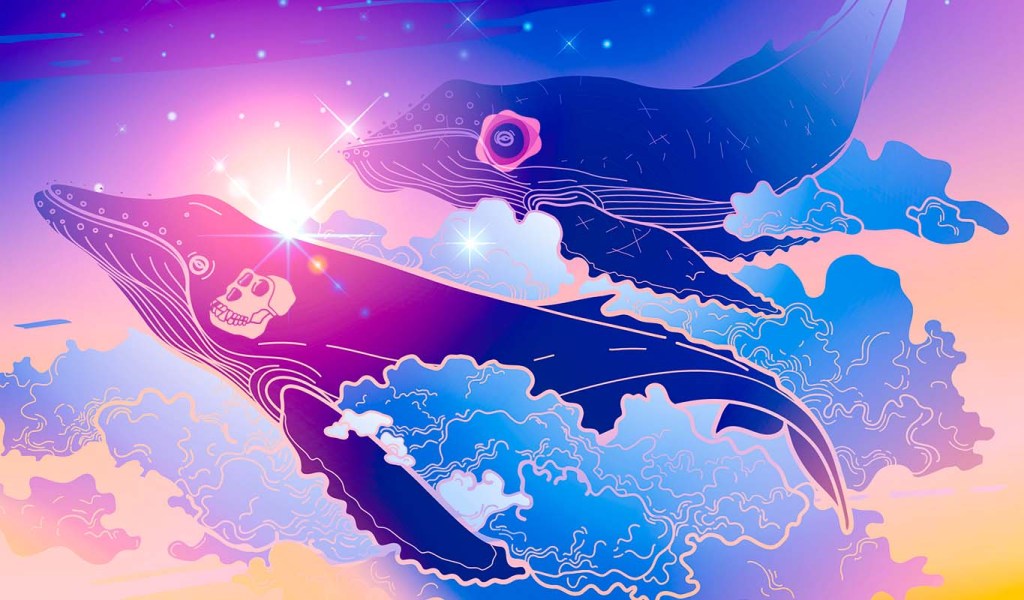 Fresh on-chain data shows the world’s biggest Ethereum whales are turning their attention to a diverse array of altcoins in multiple sectors as ETH itself struggles on the price charts. The latest numbers from WhaleStats reveal the investment behavior of the 100 wealthiest non-exchange Ethereum addresses. The whale-monitoring website shows the top players are fond […]