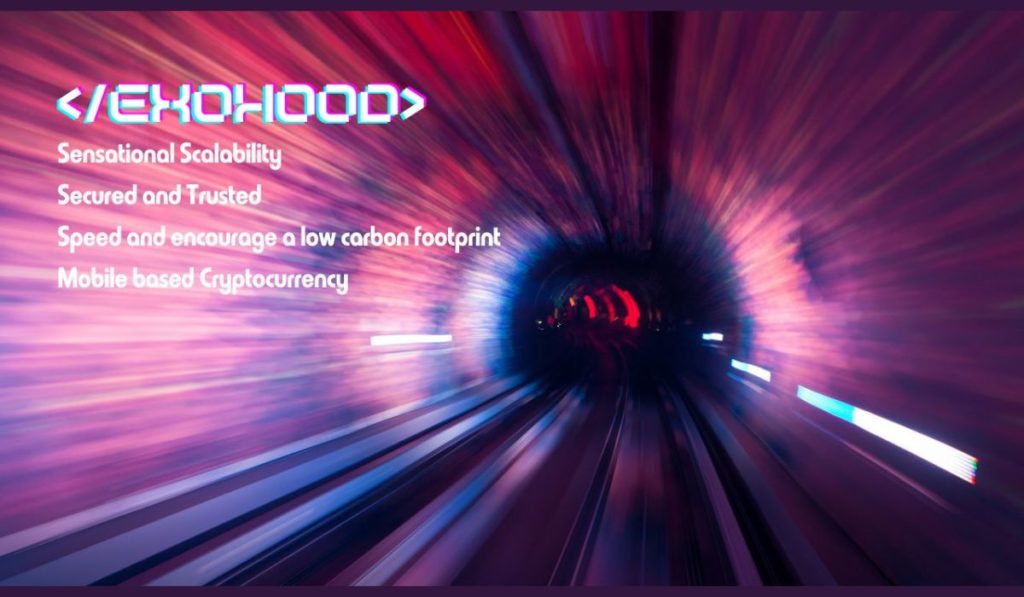 As blockchain technology offers the ideal answer with security, decentralization, and scalability throughout the entire protocol, the Exohood team is trying to advance it.

Exohood’s Protocol will therefore be able to function on a blockchain like Ethereum that permits DApps and on-chain compatibility. The Exohood Smart Chain implementation is the other standout development component of the project. It uses a modified version of the industry-standard IBFT proof of authority consensus protocol, making it the ideal consensus algorithm for public blockchains with a group of well-known validators participating in block creation.

Current validators can propose and vote to add or remove validators using our on-chain voting system. All the already available Ethereum tooling, smart contracts, decentralized applications, and standard applications built on the Ethereum JSON RPC, such as MetaMask, will support Exohood Smart Chain. However, the Exohood blockchain will enable a low carbon footprint and offer amazing scalability and performance.

The Monero/CryptoNote open-source projects served as the foundation for the Exohood blockchain, a UTXO-model blockchain that has now been completely stripped of all privacy features. Beginning with our blockchain update, transactions and addresses are completely open to the public, somewhat like Bitcoin’s. This aligns us with international regulations.

The protocol for CryptoNote

To provide end users with the greatest blockchain technology currently available, Exohood blockchain is built on top of the CryptoNote Protocol, an open-source platform with sophisticated mathematics and cryptography characteristics.

Because our UTXO bookkeeping is database-driven, no one can spend the same EXO more than once.

Our block validation is permissioned, and the companies authorized to validate blocks are hired and closely watched based on how responsibly they use the money from their validations and how kindly they interact with other members of our network.

Exohood is developing and forking from the Monero project. Still, we have been making some distinctive and crucial changes to the protocol to move toward being the widely used mobile cryptocurrency. By eliminating Monero’s privacy features, some of the key features we’ve added allow for better transaction throughput in the blockchain and KYC & AML (Know Your Customer & Anti-Money Laundering) procedures.

ExoCoin is a mobile miner that distributes a small amount of EXO daily to users, facilitating market liquidity and fostering viral development. We’re developing a global platform for rapid bitcoin payments. Instantaneous SPEND EXO is simply one component of that equation. We are working on an API that will make it easy to integrate ACCEPT EXO immediately. As a result, it will be simple to enable rapid checkout on an eCommerce system and to provide seamless interaction with ePOS systems (electronic point of sales systems or tills). ExoCoin’s foundation is open source and available for use without limitations. With introducing a new consensus method we’ve dubbed Proof of Responsibility and converting the entire permission-less blockchain into a moderated blockchain, we made some significant changes to the cryptonote network. 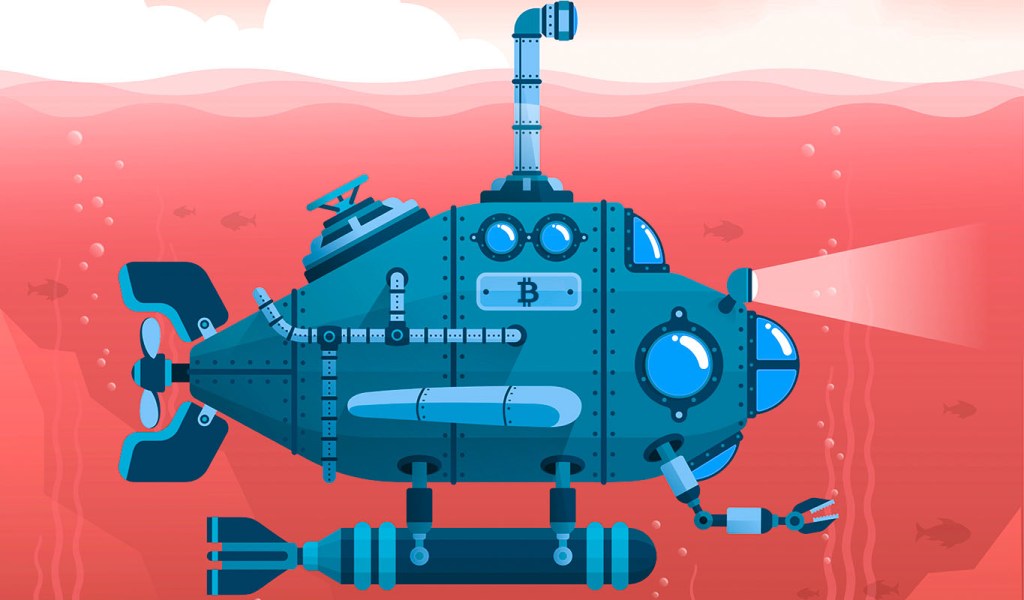 Veteran trader Peter Brandt says that Bitcoin (BTC) could be on the verge of ending the downward trend that started nearly a year ago. Brandt tells his 641,400 Twitter followers the sharp rise in Bitcoin trading volumes as the flagship cryptocurrency falls below $30,000 could suggest the “beginning of the end” of the bearish cycle. […]

Avalanche (AVAX) Could Surpass Ethereum (ETH) Next Quarter in Terms of This Metric: Analytics Firm Messari 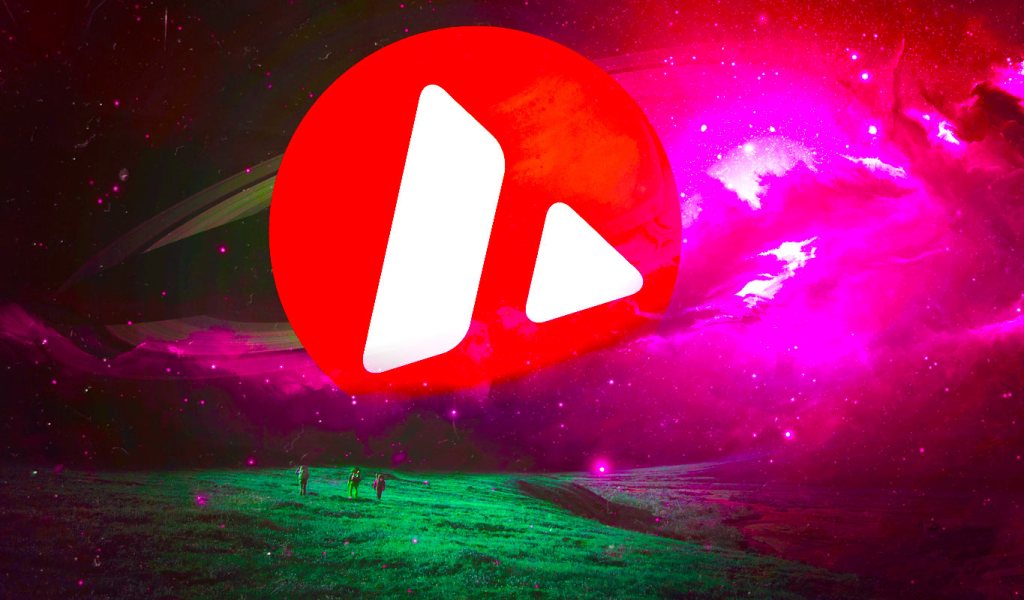 A leading crypto research firm says Avalanche (AVAX) is nipping at the heels of Ethereum (ETH) in terms of daily transaction count. In a new blog post, digital assets research firm Messari notes that Ethereum had an average of approximately 1.17 million transactions per day in the first quarter of 2022. According to the crypto […]

The post Avalanche (AVAX) Could Surpass Ethereum (ETH) Next Quarter in Terms of This Metric: Analytics Firm Messari appeared first on The Daily Hodl.

The Crypto Price Crash Is Not All That Bad, Here’s Why You Shouldn’t Mind The Bears

Cryptocurrency prices are plummeting. According to one estimate, crypto assets have lost around $1.35 trillion ($1.9 trillion) in value since November, with some crypto price crashing by as much as 80%. Many investors are in a tight spot. The good news is that world economy isn’t poorer. As a result, there won’t be much of an economic response to the new prices. Crypto Price Fall Dominates Headline The recent crypto news has been dominated by the price collapse of numerous major currencies. Since November, the price of bitcoin has been dropping. The price of cryptocurrencies has also dropped in the last week, according to reports, due to new US regulations on digital assets. Bitcoin’s price dropped from $69,000 in November to $32,951 last week. Bitcoin Price Chart. Source: Bloomberg Ethereum’s price has plummeted to roughly $2,400, down from nearly $5,000 at the end of 2021. Top cryptocurrencies like XRP, Solana, BNB, and Cardano have had their value plummet by up to 30%. The big crypto meltdown of 2022 wiped out $1.5 trillion from the industry as a whole. The impact of the cryptocurrency meltdown on the rest of the economy is minimal. The $1.5 trillion in losses is only approximately 6% of the US GDP. Second, the cryptocurrency ecosystem is largely detached from the rest of the economy. Because banks have avoided crypto, the crash has had little effect on the financial market. Many have held on to the believe that US regulations contributed to the bloodbath. Due of the national security risks posed by Bitcoin, the Biden administration is attempting to develop a strategy to regulate cryptos. As a result of the Federal Government’s measures, traders have been urged to sell their Bitcoin holdings in large numbers. The US Federal Reserve’s policy changes have an impact on Bitcoin pricing. The Federal Open Market Committee will raise the double monthly rate, cutting asset purchases, according to Federal Reserve Chair Jerome Powell. The Federal Reserve implemented these steps in order to curb inflation and its detrimental influence on Bitcoin prices. Geopolitical disputes can also have a negative impact on the market. Geopolitical disputes can also have a negative impact on the market. Kazakhstan recently faced electricity shortage due to internal crisis. Widespread tensions are also building between Ukraine and Russia. Related article | Bitcoin Bears To Resume Assault? Why BTC Could Crash To $33K Ending January In Confusion As the month closes, many investor are in cautious optimism. However, inflows have turned positive since last week. According to CoinShares, digital asset investment products received $19 million in cumulative inflows last week. With $22 million and $32 million in inflows, respectively, bitcoin and multi-asset funds led the gains. The news wasn’t all good, as Ethereum continued to face unfavorable sentiment, with $27 million in outflows. This was the eighth week in a row that ETH-focused funds have seen outflows. Outflows were also recorded during the week for Solana, Polkadot, and Cardano products. Since December, institutional investors have been selling digital asset products in droves, taking profits and reducing their stakes during market selloffs. According to CoinShares data, Bitcoin funds have suffered a net outflow of $131.8 million so far this year. There have been $111.2 million in withdrawals from Ether funds. Bitcoin dropped as much as 2.9% to roughly $36,680 on Monday before recouping losses. It has now dropped more than 18% in a month, the worst start to a year since 2018’s 29% drop and a bleak follow-up to December’s 19 percent drop. BTC/USD recovers to $38k. Source: TradingView Between November’s peak and January’s lows, Bitcoin has lost approximately half of its value. According to Goldman Sachs’ Zach Pandl and Isabella Rosenberg, this loss puts it at “the low end of the range” of large drawdowns in the past. Since 2011, the pair estimates that the coin has had five big pullbacks from all-time highs, with an average peak-to-trough fall of 77 percent. They noted in a note that the decreases continued on average seven to eight months. According to them, the highest cumulative Bitcoin fall, a loss of 93%, occurred in 2011. Related article | Bitcoin Funding Rates Remain Negative For More Than A Week Featured image from Unsplash.com, charts from TradingView.com, Bloomberg