The price of Polkadot (DOT) shows strength after bouncing from key support on the weekly chart against Tether (USDT). After Bitcoin (BTC) bounced from its monthly low of $19,000, this signaled a relief for other crypto altcoins including the price of Polkadot. (Data feeds from Binance) Related Reading: SOL Loses $40 After The Exploit – What’s The Next Support? Price Analysis Of Polkadot On The Weekly (1W) Chart   From the chart, the price of DOT saw a weekly low of around $6.50, where it has formed support. The price has built more momentum as it faces resistance at $10. A break above the $10 mark, the price of DOT would rally to $12. If the price of DOT on the weekly chart fails to break the $10 mark, then a retest is bound at $8.62. The weekly relative strength index for DOT price is 36, indicating more buy bids after bottoming out on the weekly low. The volume shows decent buy bids, which will push the price of DOT higher. Weekly resistance for DOT price – $10. Weekly support for DOT price – $6.50.   Price Analysis Of Polkadot On The Daily (1D) Chart The price of DOT found strong support at around $6.50, with what seems to be the bottom on the daily chart. DOT has continued to rally above this support region of $6.50 to a high of $9, where it has faced resistance. DOT’s price is at $8.40 at the point of writing; it is trading above the 50 & 200 exponential moving averages (EMA) The 50 & 200 EMA with prices of $8.20 and $8 would act as support respectively for DOT price in case it drops due to weekend sell-offs. If the 50 & 200 EMA region fails to hold the price, $7.92 would be a good support to hold sell-offs and a possible bounce of DOT price. With more buy bids, we could see the price of DOT retesting at $9.18, which has been resistance on the daily chart. RSI for DOT price on the daily chart is above 60, indicating healthy buy bids for DOT. Volume on the daily timeframe indicates positive signs for DOT prices to trend higher. Daily (1D) resistance for DOT price – $9.18, $10. Daily (1D) support for DOT price – $7.92, $7.55, $7.20. Price Analysis Of Polkadot On The Four Hourly (4H) Chart DOT has shown great strength on the 4H chart after bouncing off from its support. After rejection in the price of DOT at $9.10, the price dropped to the 50 EMA mark at $7.95 which has formed good support in case of a sell-off in DOT price. DOT  is trading at $8.47 above the 50 & 200 EMA on the 4H chart, haven rallied from a low of $6.50. The price has formed a trendline acting as a resistance for DOT price, this would be invalidated only if the price breaks below the trendline. Four Hourly (4H) resistance for DOT price – $9.10, $10. Four hourly (4h) support for DOT price – $7.95, $7.67 Related Reading: TA: Bitcoin Price Could Narrowly Avoid a Major Downtrend, Here’s How Featured image from zipmex, Charts from TradingView.com

Dogecoin, one of the most popular parody coins in the crypto market, is on a tear today. The crypto was up 13% at the time of publication. The move comes as Tesla CEO Elon Musk repeated his support for cryptocurrency on Tuesday at the Qatar Economic Forum in Doha. Musk stated at the Qatar Economic Forum that he buys and backs it because people “who are not that wealthy” have requested him to, according to Bloomberg News. Suggested Reading | Celsius (CEL) Price Scorches To 130% Rally Despite Frozen Network Accounts Dogecoin Gets Some Love From Musk Musk remarked during the forum in an interview with Bloomberg News Editor-in-Chief John Micklethwait: “I just know a lot of people who are not that wealthy who have encouraged me to buy and support Dogecoin. I’m responding to those people.” The coin began as a joke in 2013, but quickly grew into a major cryptocurrency thanks to a committed community and inventive memes. Dogecoin is vulnerable to devaluation since there is no restriction on the number of DOGE units that may be created, unlike other cryptos. In 2017, the price of Dogecoin was $0.0003. By June 1, 2022, its price had risen about 40,000% to $0.10. According to Coingecko data, DOGE is currently trading at $0.063348, up over 14 percent as of this writing. Musk also stated that his staff had requested that he promote the coin. “They urged me to endorse Dogecoin, and I am,” the billionaire explained. In addition to Dogecoin, the SpaceX founder has indicated support for other cryptocurrencies. Musk said in October that he owns Bitcoin, Ether, and DOGE. DOGE total market cap at $8.5 billion on the weekend chart | Source: TradingView.com Musk Social Media Comments Move DOGE Dogecoin frequently varies in response to Musk’s comments on it. On Monday, it rose 8.5 percent in a 24-hour period from near-record lows after the CEO stated that he will continue to promote and buy the meme token in the face of a large cryptocurrency sell-off. The dog-themed currency plummeted in May of last year after Musk called it a “hustle” on Saturday Night Live. Musk has recently stated that Dogecoin might compete with Bitcoin and be used for payments. Tesla stated in January that it would begin accepting Dogecoin payments for some products, implying that more could be added “down the line.” Musk was sued for $258 billion last week by a Dogecoin investor who claimed the tycoon was involved in a “pyramid scheme through pushing Dogecoin cryptocurrency.” Meanwhile, Musk intimated last week that if his attempt to buy Twitter is successful, cryptocurrency payments will be integrated into the platform. Suggested Reading | Shiba Inu Now The Largest ETH Whales’ Holding Despite Crypto Market Turmoil Featured image from NDTV Gadgets 360, chart from TradingView.com 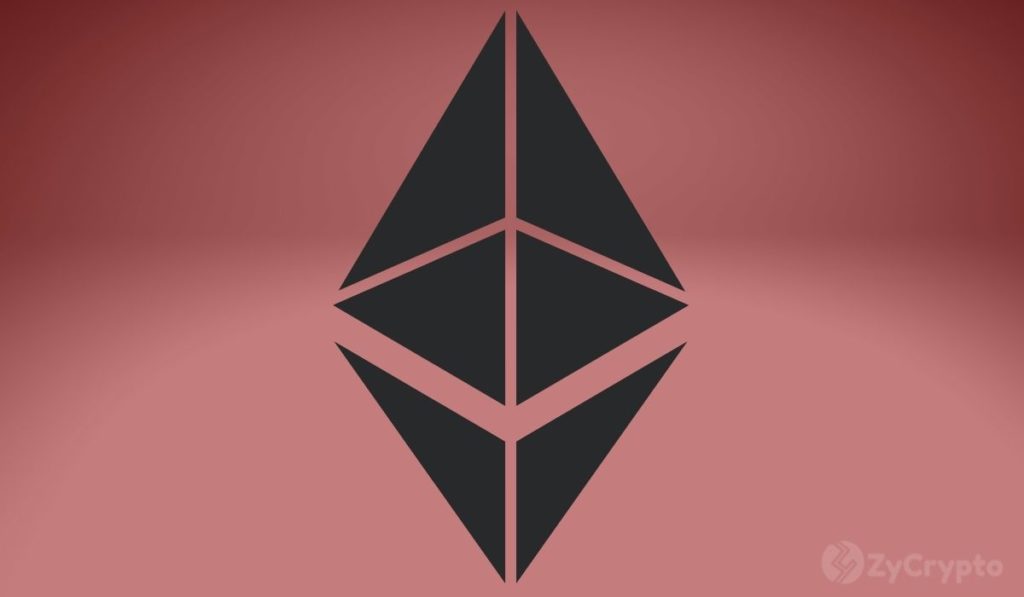 The Ethereum Foundation, the non-profit dedicated to supporting the Ethereum blockchain and its ecosystem, allegedly cashed out a huge sum of ETH at the November top. The findings came to light by Edward Morra, a widely-followed cryptocurrency trader, and technical analyst, who dug into the Foundation’s historical account data. Ethereum Foundation Dumped At The Top […]