It’s been a good day for XRP.

The seventh-largest crypto by market capitalization has risen by over 3% today following news that both Ripple and the U.S Securities and Exchange Commission (SEC) have filed summary judgment motions. The two parties in the ongoing XRP lawsuit believe the presiding judge has adequate information to deliver a verdict without letting the case proceed to trial.

The Securities and Exchange Commission and Ripple — the blockchain company behind XRP — are both looking to end their ongoing court battle without a protracted trial. The two parties filed motions for summary judgment in the Southern District of New York, urging Judge Analisa Torres to announce a decision based on the legal filings that have already been presented rather than on testimony given at trial.

In December 2020, the SEC sued Ripple and two of the company’s top executives, Brad Garlinghouse and Chris Larsen, alleging that the firm raised $1.38 billion via an unlicensed securities offering.

The central question of the lawsuit is whether or not Ripple sold unregistered securities when it offered its XRP token to investors, and the answer to that requires identifying whether or not XRP is a security.

In the last two years, multiple documents have been filed by both parties, with Ripple emphasizing that XRP does not qualify as a security under the Howey Test — a four-part test created by the Supreme Court in 1946 to ascertain whether something is a security.

The recently filed motions for summary judgment suggest the parties are requesting the judge to rule on whether either the SEC or Ripple has presented enough evidence to prove whether or not there was a breach of federal securities regulations.

Ripple General Counsel Stuart Alderoty reiterated this argument in a tweet sharing his opinion on the summary judgment briefs.

“After two years of litigation, the SEC is unable to identify any contract for investment (that’s what the statute requires) and cannot satisfy a single prong of the Supreme Court’s Howey test. Everything else is just noise. Congress only gave the SEC jurisdiction over securities. Let’s get back to what the law says.”

While the judge is yet to give her ruling on the summary judgment motions, market participants appear to have welcomed the news as the price of XRP surged over 6% earlier to hit an intraday high of $0.394 while other major cryptos remained flat. It has since retraced to $0.384 at publication time.

Ripple Has The Edge So Far

Several legal experts commented on the summary judgment motions on Twitter. In a September 18 tweet, attorney Jeremy Hogan said, “the SEC has got a couple of big problems: Its expert agrees that most of the changes in XRP price are due to market forces (and not Ripple). Ouch.”

Similarly, lawyer Fred Rispoli, who is known for closely following the case, said the agency relies heavily on marketing efforts, and “while this IS the weakest point for Ripple, I just don’t think it is close to being weak enough to give SEC the win.”

If the ruling goes against the SEC, the agency and chair Gary Gensler will be seriously enfeebled, and the price of XRP, which has been under immense pressure since the lawsuit was lodged, would likely skyrocket.

If the SEC prevails, however, it will deal a huge blow to the broader crypto space. It could prompt the regulatory watchdog to initiate new enforcement actions and label more crypto assets as securities.

Since November 2021, when it reached a record peak, the market capitalization of all cryptocurrencies has decreased by more more than $1.5 trillion, with Bitcoin shedding more than 60 percent of its value in just six months. According to data from CoinMarketCap, the Bitcoin price increased by more than 10 percent in the last 24 […]

$170 Million In Futures Liquidate As Bitcoin Recovers Above $38k

Data shows more than $170 million in Bitcoin futures has liquidated over the past 24 hours as the price of the crypto makes sharp recovery above $38k. BTC Price Makes Sharp Recovery From Crash Due To Russia’s Invasion Of Ukraine Following the commencement of the Russian invasion of Ukraine yesterday, the price of Bitcoin took a deep plunge down as investors pulled out of the market. During this crash, the coin’s value went as low as $34.4k. However, today the value of the crypto already seems to have made some sharp recovery as the price hit $39k earlier in the day. At the time of writing, Bitcoin’s price floats around $38.8k, down 4% in the last seven days. Over the past month, the crypto has gained 7% in value. The below chart shows the trend in the price of BTC over the last five days. BTC’s price has made some sharp recovery today | Source: BTCUSD on TradingView Bitcoin Futures Liquidations Over The Past Day Reach More Than $170 million Due to this sharp price rise, there have been some mass liquidations in the futures market. In case someone isn’t familiar with what a “liquidation” is, it’s best to get a quick overview of margin trading first. As you may know, when investors purchase a buy or sell futures contract on a derivatives exchange, they have to put forth some initial investment, called the “margin.” Against this margin, users can loan Bitcoin amounts many times their actual position. This is called making use of “leverage.” Any profit that investors earn on this leverage is theirs to keep. Related Reading | Bitcoin Investors Haven’t Responded To Russia-Ukraine War With Large Inflows (Yet) However, if the price of the coin moves opposite to the direction they bet on, then their losses are also as many times more in magnitude as the leverage. After the user loses a large percentage of their margin because of these losses, the exchange forcibly closes the position. This is precisely what a “liquidation” is. Now, here is the latest data regarding the Bitcoin futures liquidations: Looks like the futures market has observed some mass liquidations over the past day | Source: CoinGlass As you can see above, more than $170 million in Bitcoin futures contracts have been liquidated over the past 24 hours. Related Reading | Bloomberg Strategist: This Is The Defining Moment To Buy Bitcoin Since these liquidations took place because of a sharp price move up, the majority of these are from short contracts. While this is a sharp and unexpected recovery for the crypto, it’s unclear how long it will last. The macro fears and uncertainties due to the Russia-Ukraine war are still abound at large as the invasion still rages on. Featured image from Unsplash.com, chart from TradingView.com 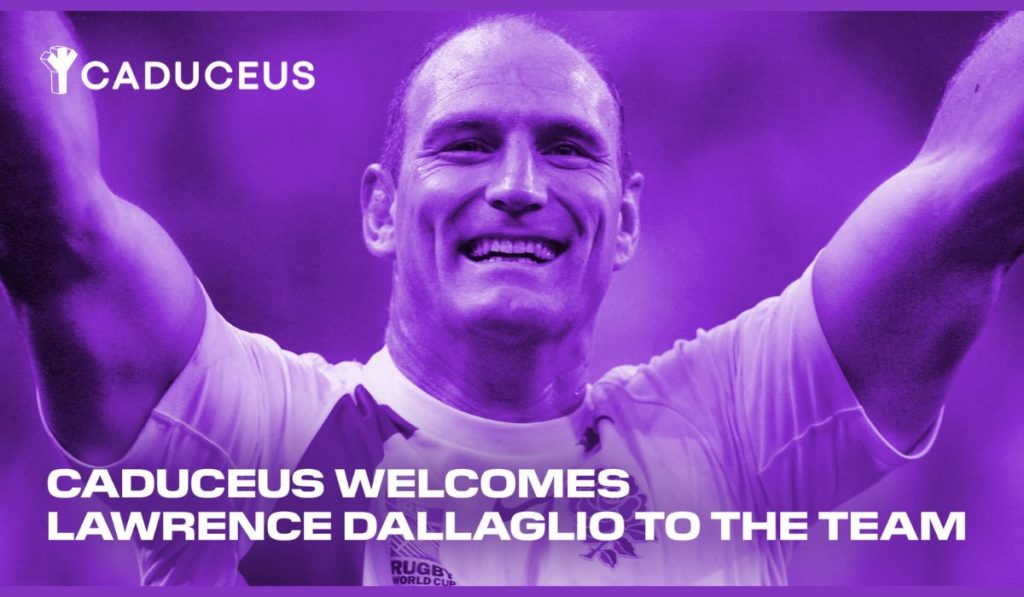 The first Metaverse protocol in the world to use edge-rendering technology Caduceus offers users, creators, and developers an unmatched Metaverse experience. Now that they are attempting to make web3 technology more widely available, they have hired Lawrence Dallaglio to serve in an advisory capacity. Lawrence has been inducted into the Rugby Hall of Fame and […]