A key to gaining adoption in local communities is having on the ground educational resources available to business owners and customers. 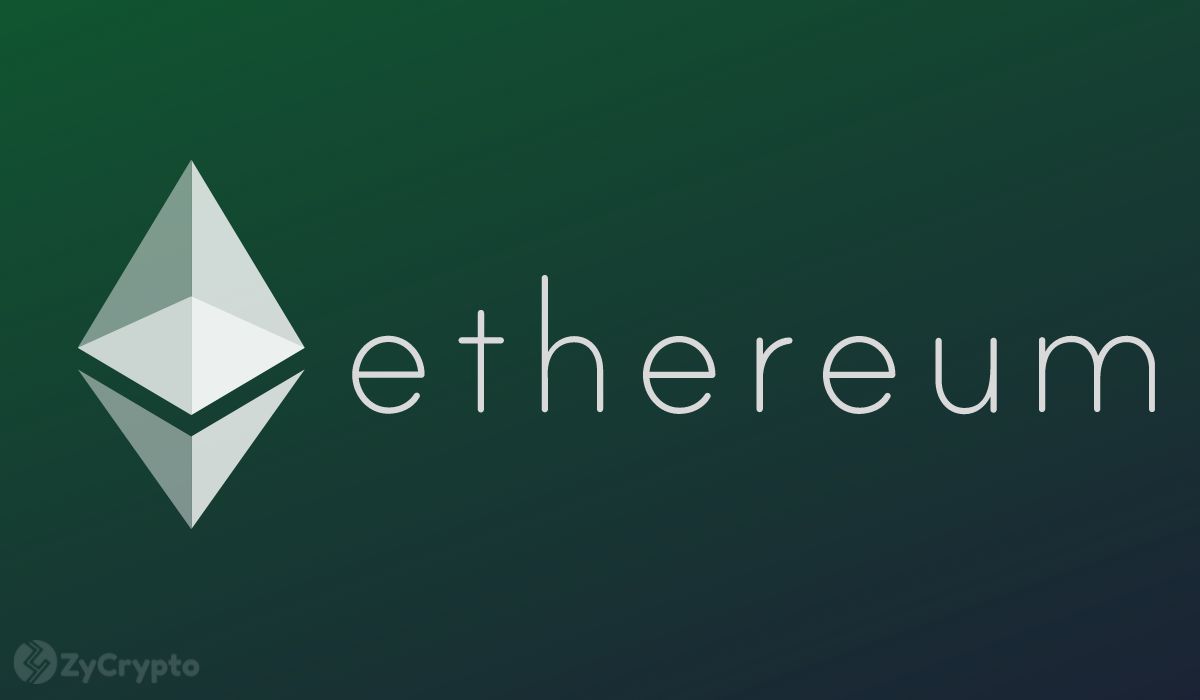 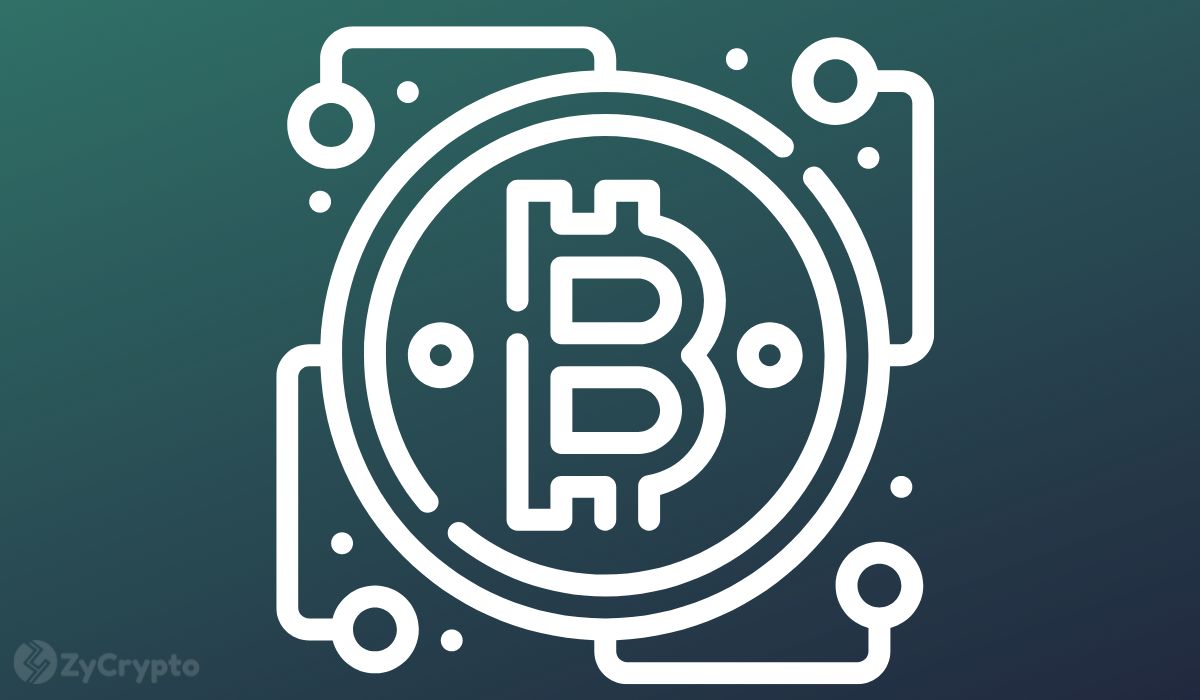 The U.S. Bitcoin Policy Institute has urged US regulators to reject the idea of CBDCs and stick to Bitcoin and other stablecoins.

With Lucky Block being ranked as the number one NFT competition platform, the platform is now gearing up for a big leap. A boom in […]

Analyzing bitcoin derivatives gives a window into the state of the market conditions and can provide clues for when bitcoin has reached an absolute bottom. 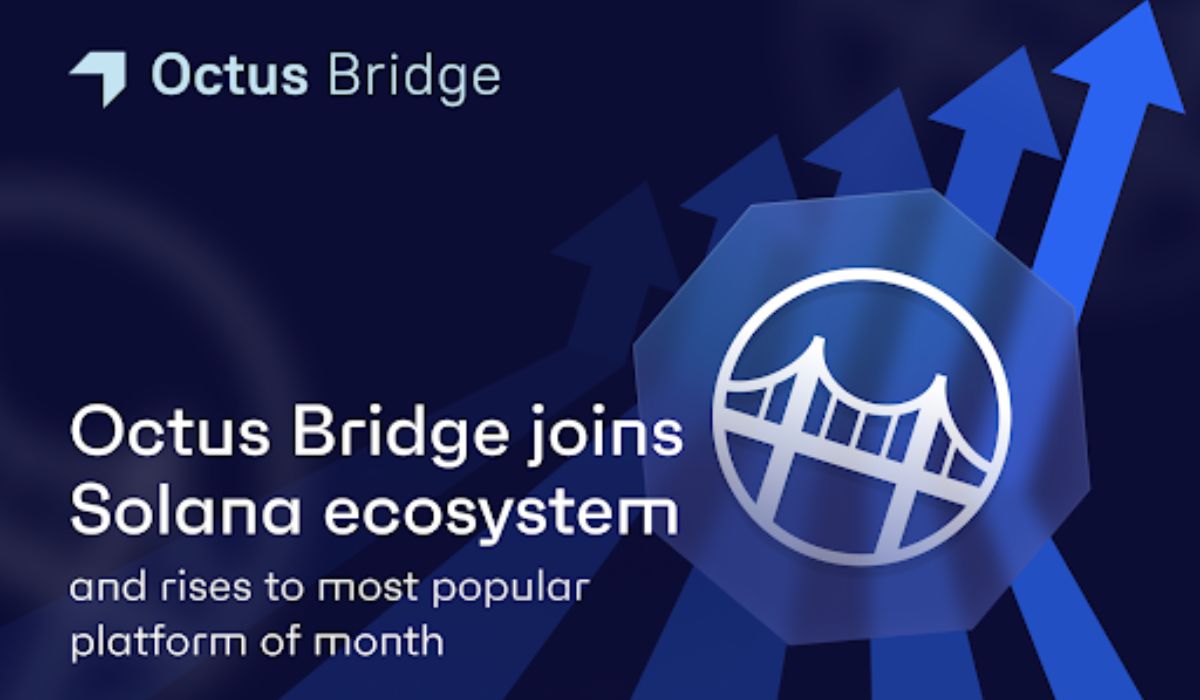 Is Dr. Ruja Ignatova the cryptocurrency world’s biggest scammer? The competition is fierce, there are so many faces and stories fighting for that spot, but none of them is on the FBI Most Wanted List. Dr. Ruja is. Great, but, why is NewsBTC revisiting the 2019 true crime podcast “The Missing Cryptoqueen”? Because Jamie Bartlett, the journalist behind the project, just released a new episode.  Episode 10 of The Missing Cryptoqueen is now out. The hunt it back on: Israel, Dubai, Luxembourg, The Eurovision Song Contest & Krispy Kremes. Sorry, it’s taken me & ⁦@GeorgiaJCatt⁩ a while. And welcome to our new teammate ⁦@ByrnesyGsy⁩! https://t.co/bfZWgBqeeP — Jamie Bartlett (@JamieJBartlett) September 28, 2022 Is there new information? Did they FIND Dr. Ruja Ignatova The only thing we know for sure is that there’ll be a few new episodes, and that’s all we needed to hear. A BBC production, “The Missing Cryptoqueen” features various music and sound design, witness testimonies, interviews, and sound bites. There’s even original music in this podcasting extravaganza.  Related Reading: How Bitcoin Phishing Scams Are Stealing Millions NewsBTC will produce companion pieces for each of “The Missing Cryptoqueen’s” episodes. With summaries, quotes from the episode, and extra material from all over the web, this is the feature you people didn’t know you needed. Have this window open as you listen to each episode, it’ll enhance the already phenomenal experience. You can download episodes directly at the BBC, or listen to “The Missing Cryptoqueen” through Apple, Spotify, or iVoox. About Episode One – Dr. Ruja This is the introductory episode, it presents Dr. Ruja Ignatova and the OneCoin world. We feel the size of the scam, we hear from the people that fell for it and the voices of the true believers. It begins with Bitcoin and Satoshi Nakamoto’s story, goes to a OneCoin seminar in Mbarara, a town in Western Uganda, and ends with Dr. Ruja’s disappearance in October 2017. In “The Missing Cryptoqueen’s” first episode we can also see what a charismatic leader could do with bitcoin’s story and narrative. If Dr. Ruja Ignatova didn’t plagiarize it, she at least was heavily inspired by Satoshi Nakamoto’s mystique and discourse. Using quotes from her speeches, we hear Dr. Ruja speaking about a rotten financial system and corrupt banking institutions. About the possibility of banking the unbanked and what that would do for the world. About bitcoin’s pizza day story and how that could happen to OneCoin holders. However, Dr. Ruja’s OneCoin was better than bitcoin. It was here to replace it, in fact. Whenever you hear that, run. That should’ve been the witnesses’ first warning. In episode one, we hear about the OneLife network. The social part of the scam. We hear from a UK victim who assisted to the webinars, from a OneLife employee and insider, and we listen to an African song about OneCoin. There’s emotion in all of their voices. And an open wound. Near the end, we hear about 2017 and Dr. Ruja’s disappearance from people that were there at the scene. What happened? So far, there are nine more episodes of BBC’s “The Missing Cryptoqueen.” Let’s hope we get an answer to that question. BTC price chart for 09/28/2022 on Bitstamp | Source: BTC/USD on TradingView.com Quotes From Ep. 01 – “Dr. Ruja” “Then, in late 2017, Dr. Ruja disappeared. One of Europe’s richest women, a woman who seemed destined to change the world had vanished.” “It was impossible not to be impressed by Dr. Ruja. She appeared on the front cover of prestigious business magazines, she has degrees from Oxford and Konstanz University and is fluent in several languages.” “Thousands of people were filling stadiums to hear Dr. Ruja talk, to buy OneCoin and join this financial revolution.” “But in October 2017, there was a big OneCoin event in Lisbon, Portugal and Dr. Ruja was scheduled to speak.” Extra Material And Episode Credits This guide’s extra material comes courtesy of the podcast series’s IMDB page. In the description, IMDB gives us a good overview of what to expect from “The Missing Cryptoqueen.” “Dr Ruja Ignatova called herself the Cryptoqueen. She told people she had invented a cryptocurrency to rival Bitcoin, and persuaded millions to join her financial revolution, investing billions. Then she disappeared. Why? Jamie Bartlett spent months investigating how she did it for the Missing Cryptoqueen podcast, and trying to figure out where she’s hiding.” Related Reading: Apple Co-Founder Loses Lawsuit Against YouTube Over Crypto Giveaway Scams This 2019 clip with producer Georgia Catt also qualifies as a trailer for what’s to come: "She created this vision of herself using a bit of truth and a bit of fabrication, to create a convincing business genius…" Where is the missing cryptoqueen? @georgiajcatt, @JamieJBartlett & @TinaDaheley discuss on @BBCRadio4's #BeyondToday podcast 👉https://t.co/UMghdnRpP4 pic.twitter.com/pWTwAKEzKP — BBC Sounds (@BBCSounds) September 24, 2019 And finally, the episode’s credits: Presenter: Jamie Bartlett Producer: Georgia Catt Story consultant: Chris Berube Editor: Philip Sellars Original music and sound design: Phil Channell Original music and vocals: Dessislava Stefanova and the London Bulgarian Choir You’re part of NewsBTC’s “The Missing Cryptoqueen’s” listening group by just reading these guides. Let’s explore Dr. Ruja Ignatova’s world together. Featured Image: “The Missing Cryptoqueen” logo from the BBC’s site | Charts by TradingView 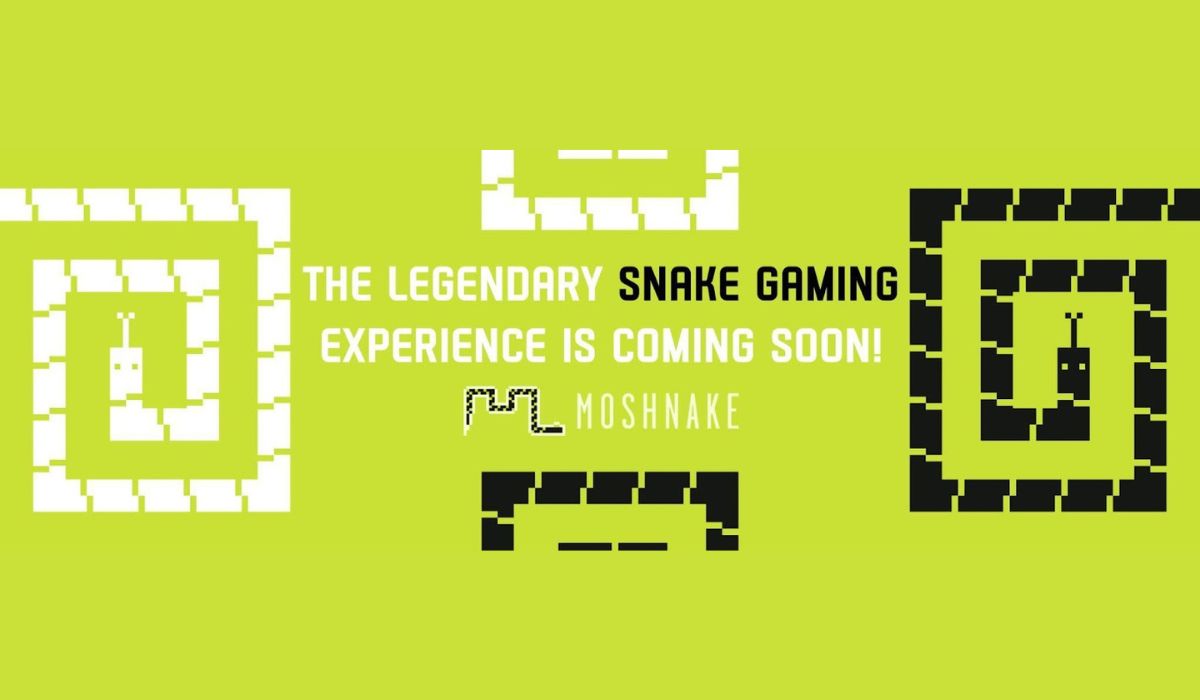 As the GameFi sector keeps growing, the competition keeps getting tougher. New cryptocurrencies in this crypto market space will have to offer more value and utility than existing ones before they can match up to the prominence and success level of top crypto assets in the space, like The Sandbox (SAND) and Axie Infinity (AXS).  […] 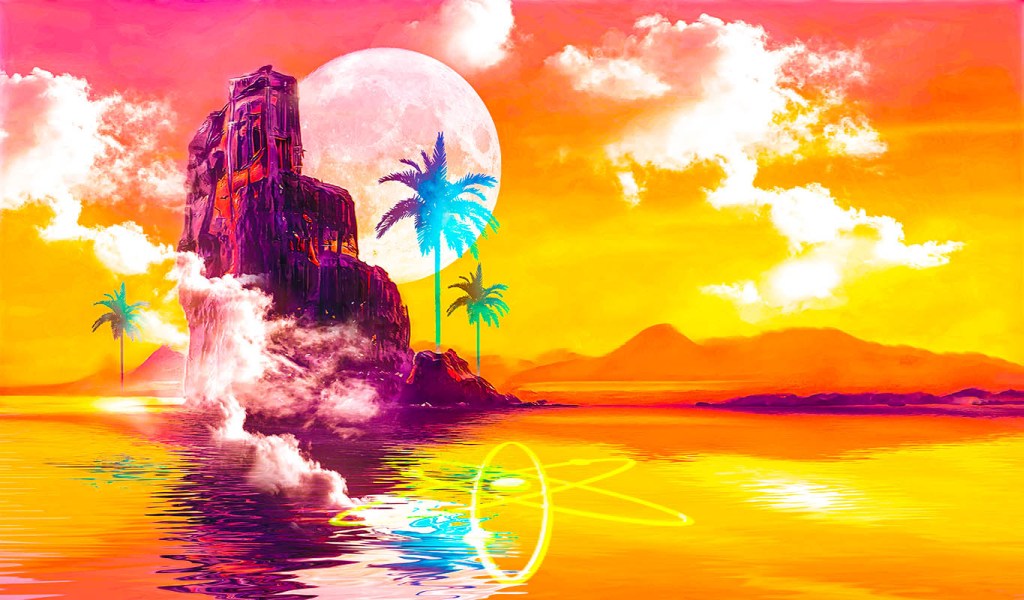 Leading members of the Cosmos (ATOM) community have unveiled a whitepaper for a redesigned Cosmos Hub, which is the technology at the center of its ecosystem. According to the whitepaper, the new Cosmos Hub aims to drive the growth of the Cosmos Network as it transitions toward becoming a secure and holistic platform that allows […]

Bitgesell is a lightweight blockchain that is based on proven Bitcoin code. It has more deflation parameters and scarcity. This blockchain also uses smaller block sizes which helps to speed up the network. In addition, 90% of fees for transactions are destroyed and halving occurs once a year. Bitcoin was the crypto that caused many […]

Shelter is the highest part of the consumer price index and it is a lagging indicator, meaning prices may have already reached their highest.

As many bitcoin mining firms struggle to remain operational, CleanSpark is poised to emerge from this bear market stronger than ever. 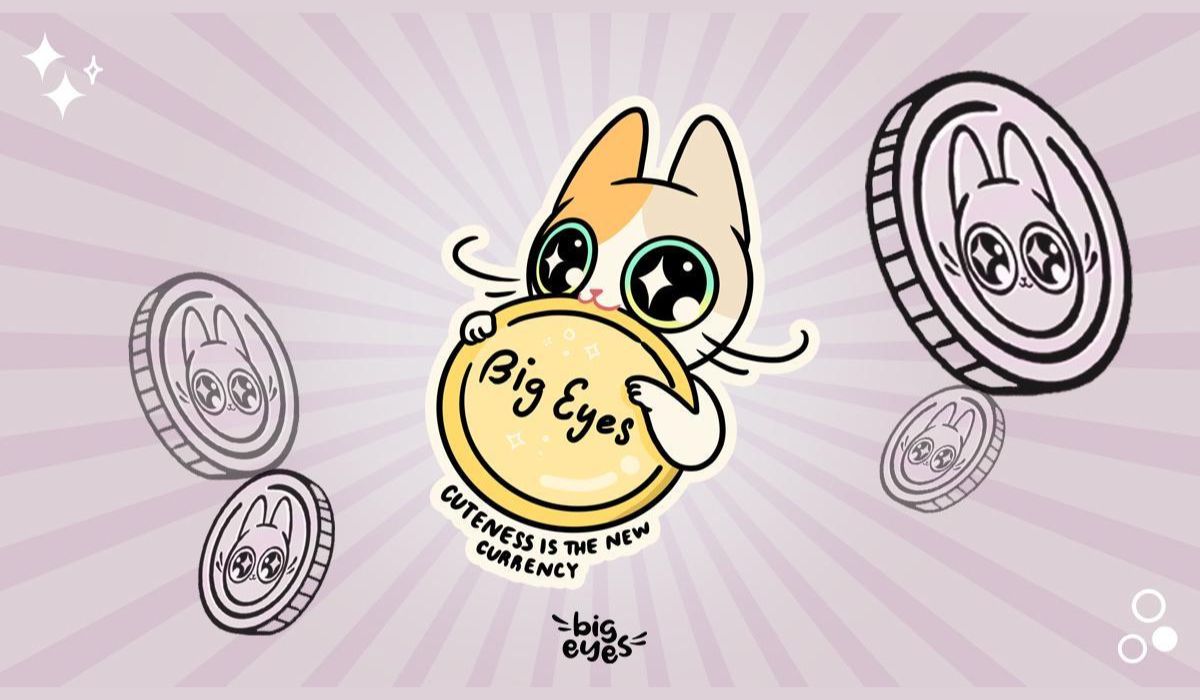 While the crypto collapse keeps the market in a bearish state, several coins offer great prospects for traders and crypto asset holders. Big Eyes Coin (BIG) is approaching launch as presale events progress. The token promises to be a stable with its protocols. However, before getting to Big Eyes Coin, let’s review some promising token […]

Bitcoin is a powerful tool for businesses and services seeking to operate on the best monetary standard for their customers.