Aussie top crypto exchange Swyftx, which boasts over 600,000 users across Australia and Newzealand, conducted its annual survey for September 2022. Interestingly, the results reveal that Australian females make more crypto profits than Australian men.  Despite the market’s high volatility and downtrends, 72% of crypto users have reported profits on their investments. Furthermore, the average […]

Too many continue to conflate Bitcoin with cryptocurrencies, but those arguments can be dismantled, step by step. 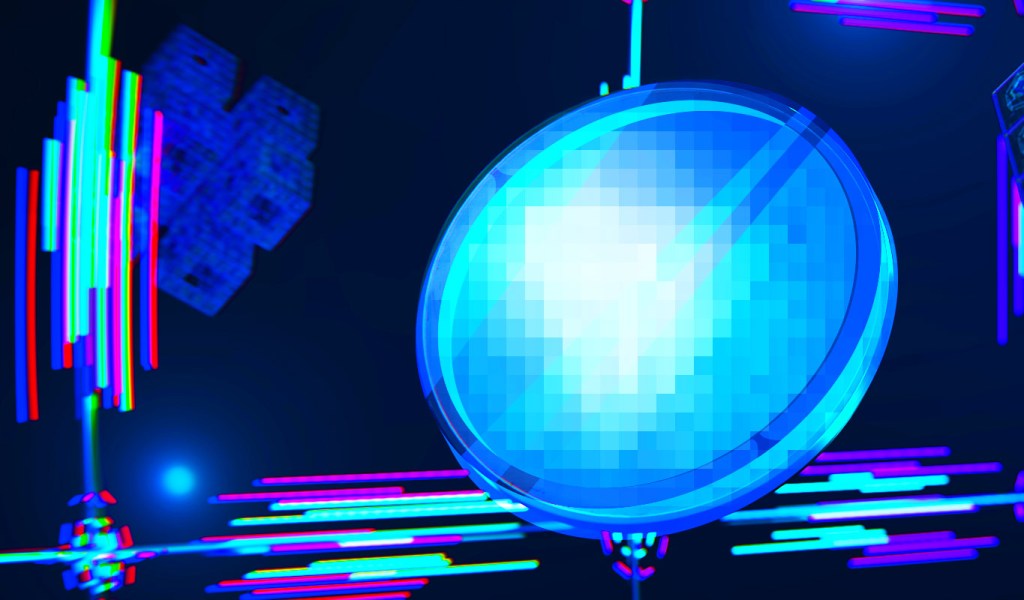 A Web3 altcoin is surging this week amid news that it inked a sponsorship deal with the New England Patriots football team. Through a multi-year partnership with Kraft Sports + Entertainment, the blockchain infrastructure solution company Chain (XCN) is now the “official blockchain and Web3 sponsor” of the Patriots, the New England Revolution soccer team, […] 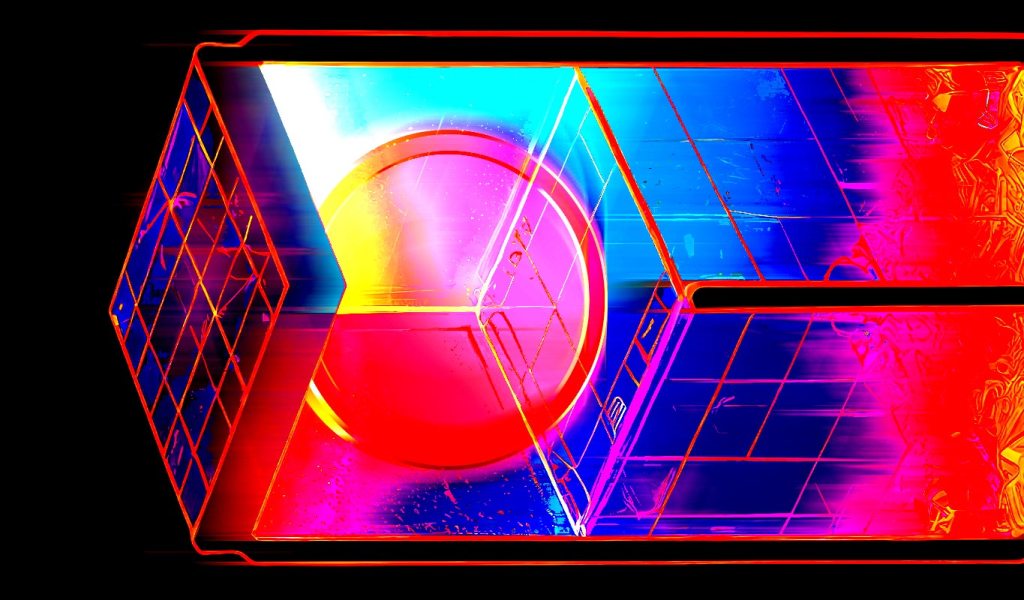 The price of one Ethereum (ETH) competitor is surging as the global soccer organization FIFA launches digital art on its blockchain. According to crypto analytics firm IntoTheBlock, new users are flocking to smart contract platform Algorand (ALGO) by the thousands daily with the launch of official FIFA World Cup non-fungible tokens (NFTs). “New addresses making […]

This week has been eventful in the crypto market. Many cryptocurrencies have recorded massive losses since Monday, September 19. The Merge on September 15 kickstarted another downtrend for crypto prices. Afterward, CPI data made the feds hike the interest rate by 75 basis points, sending assets price downwards.  Related Reading: Bitcoin aSOPR Profit-Loss Junction Continues To Act As Resistance But as these macroeconomic factors push many digital assets down, others resist the pressure and move forward instead.  Algorand ALGO is one of these assets, recording price gains in its 24 hours movements. But BTC and ETH haven’t fared well. For instance, on September 20 and 21, Bitcoin lost its grip on $19K, falling to $18K.  On September 22, BTC climbed again to $19K, an intraday high, and did not hold on to that level till press time. Currently, the BTC price is again bounced to $18,914, representing a 1.91% loss in 24 hours.  Algorand’s ALGO Not Affected By Macros While many cryptocurrencies bleed, ALGO is recording positive price movements. Currently, the ALGO price is $0.3761 on TradingView, and CoinMarketCap shows a 2.48% growth in 24 hours while 27.98% in the last week. So far, ALGO price movements are all green, as seen in the chart above. The coin started an upward climb since the close of the market on September 17. It jumped from $0.2973 to $0.3109 the same day.  On September 18, ALGO lost some of its gains to close the market at $0.2925. But a few hours later, the coin jumped again and closed the market at $0.3172 on September 19. Since then, to press time, ALGO has continued its upward movement.  It climbed to $0.698 on September 22 and is today trading at $0.3767. So far, the ALGO price movement shows a continuous price gain for three consecutive days.  Analysts have also pointed out that ALGO’s moving average convergence divergence is positive. Also, the coin’s RSI (Relative Strength Index) is at 58.18, showing that ALGO is closing to the overbought region.  Why Is ALGO Surging  Even though the crypto market is negative, a lot is happening in the ALGO ecosystem. Currently, the total volume locked on the ecosystem has grown considerably. The DeFi blockchain is recording massive interest, evidenced by the $244 million worth of TVL.  This figure was its data as of September 22 after adding 4.09% growth in its TVL. Data also reveals that $100 million out of this liquidity came from AlgoFi.  Apart from growing TVL, Algorand has made partnerships. The prominent one recently is the FIFA& Algorand partnership enabling the crypto network to FIFA+ Collect. This platform is where users will buy NFT items of many types.  Related Reading: Compound Prepares For A Major Rally To $80, Here Is Why According to the details of FIFA+ Connect, the platform will operate like NBA Top Shot. Its users can purchase artwork, highlights, images, etc., from prestigious soccer competitions. The platform will launch before the World Cup, slated for November.  Featured image from Pixabay and chart from TradingView.com

While you might only know seed phrases as 12 or 24 words, there are a variety of ways for humans to memorize information.

FIFA, the global governing body of soccer, is launching a new NFT collectibles platform with the highly anticipated World Cup just around the corner. The new platform will be launched on Algorand, continuing an existing partnership between the two parties. Let’s take a look at what we know from initial announcements that have been released […]

An former partner of Stake.com who claims he was excluded from the wildly successful company is suing the Australian creators of the largest bitcoin casino in the world in the US for $US400 million in damages. However, the creators of Stake.com, Ed Craven and Bijan Tehrani, who just bought the most expensive home in Melbourne, […]

Crypto is gradually finding its feet in the Brazilian market. Recently, a popular Brazil-based brokerage platform Rico unveiled plans to venture into the crypto market […]

Chiliz has burst through to the limelight by helping entertainment and sports firms with blockchain-backed tools to allow them to monetize their viewership. The subscription is the access link through which fans obtain voting rights and early tickets. Also, the direct access fans have to their desired soccer teams is a function of Chiliz blockchain technology and token. Through the CHZ token, fans can easily access the Fan Tokens of their desired soccer teams. The CHZ token is the native digital currency of Chiliz. Fans purchase these tokens through a platform known as socios.com. Socios is a crowd management platform that functions as the powerhouse of the Chiliz experience. Related Reading: This Indicator Predicts Potential Decline Ahead For Bitcoin Price Before now, fans access their favorite soccer clubs by getting merchandise and watching football matches. But with the Chiliz experience, these sports fanatics can connect to their desired teams in real-time. Additionally, fans now significantly influence their favorite clubs’ decision-making process. Increased Trading Volume of Chiliz Chiliz is one of the most significant digital currencies in the crypto market. This is a cause for surprise considering the present trend of the market. Sentiments show a recent increase in the transactions of whales. The growth is similar to that achieved a few months back (March 29), when Chiliz hit its top price of $0.3008. However, that’s not the current price of the token. According to the on-chain tracker, this increase will likely continue for longer than expected. 🌶️🐳 #Chiliz has peppered its way into the top 40 #crypto assets by market cap and +150% price surge in the past 4 weeks. Whale transactions hit the highest network amount since March 29th. Even if whales are profit taking, the $CHZ rally could continue. https://t.co/94WHoTk9XE pic.twitter.com/3xz7FgSlMU — Santiment (@santimentfeed) August 24, 2022 While the crypto market still rides along the red zone, Whalestats reports a surge in the trading volume of Chiliz. Chiliz has successfully secured a position among the first ten most traded digital currencies in the last 24 hours. The event has resulted in enormous profits for major whales, as per the reports. This is particularly true, judging from the rate at which the digital token, Chiliz, has surged. Dating from last month, the token has appreciated more than 150%. Currently, CHZ trades at a price just above the $0.240 mark. The occurrence has given the cryptocurrency a place among the top 40 digital currencies in the crypto market. Meanwhile, the market cap of the Chiliz token is about $1.45 billion. According to MarketWatch, the token’s trading volume has surged by 23% in the last 24 hours, bringing it to $9,047 million Related Reading: Crypto Market Sentiment Plunges To 1-Month Lows, What Lies Ahead? The price of Chiliz, dating from three days back, has surged to 25%. Before now, the token has been hovering around the $0.25 price mark. But according to Bitpanda pro data, the whales’ efforts have led the cryptocurrency past that mark. Moreover, since June 18 this year, the appreciation in CHZ price has also resulted in the rise of fan tokens. Featured image from Pixabay, chart from TradingView.com

E-commerce company, MercadoLibre Inc., has announced the creation of new crypto known as MercadoCoin. As revealed, the new crypto will be available to customers in […]

Brazil, the biggest country in South America, has passed a new bill to tokenize all gold mined in the country. The new bill was initiated […]

Vinteum, a nonprofit Bitcoin research and development firm, has been unveiled in Brazil. The firm announced the development in its press release. The entry of […]

Entrepreneurs in Nigeria are building on the country’s growing interest in BTC and establishing Bitcoin Village, a safe haven for Africa.

Argentina has made it to national headlines with their recent most signing of a local football player with cryptocurrency. Sao Paulo is one of the largest soccer teams in Brazil and they just bought a player with crypto. Sao Paulo with the help pf USDC, a US dollar-pegged stablecoin has signed the player from mid-table […]