Terra’s LUNA has had a horrid few weeks after its price came crashing down after starting the year on a strong foot. The price of $Luna was blown into pieces, dropping below the value of a penny stock last week, with its associate, the UST stablecoin, also tied to the blockchain, also collapsing. LUNA was trading at an all-time high of $119 in April before losing almost 99% of its value in the few subsequent weeks.

LUNA’s crash saw over $30 billion in crypto value go down the drain, a development that has shocked the crypto space and caught the eyes of outsiders. Terra’s UST fall has also seen stablecoins called into question as it was the centerpiece of the Terra ecosystem with a market cap of over $18 billion in April.

After days of showing little to no effort in its performance post-price crash, LUNA is now seeing sparks of extreme volatility in its price performance. LUNA is currently trading at $0.0002, signaling a 110% rise in value in the last 24 hours.

Although Luna’s price is still a pale shadow of what it was just a month ago, any upward trajectory in its price is a very important part because many adherents are envisioning redemption. LUNA’s latest price action has however been met with contrasting reactions.

Some market experts and players believe that LUNA’s crash was nothing like anything the market has witnessed and as such, any subsequent action should be subjected to a thorough analysis backed by facts and figures.

Although the crypto market is highly unpredictable, some experts believed the coin had a strong backing alongside a large market valuation to make it a top performer for the year. Its sudden collapse has now thrown even the slightest development around it into question.

Even though the latest spark in LUNA’s price hasn’t been attributed to any recent development in its camp, investor’s reeling from the sudden demise of their assets, are hoping that it is the start of something splendid. Some part of the crypto space is backing the coin to recover from its fall as a coin big enough to occupy the number 4 spot on the crypto ladder is hoped not to stay down for that long.

Terra’s team recently came under intense scrutiny after amending the proposal mid-vote. Although Terra’s boss, Do Kwon, has been drawing revival plans for investors to recoup some of their investments back, he also amended one, more importantly, doing so while the proposal 1623 was being voted on.

Kwon’s decision to make those changes in the middle of an on-chain vote caused a stir in the Luna community. 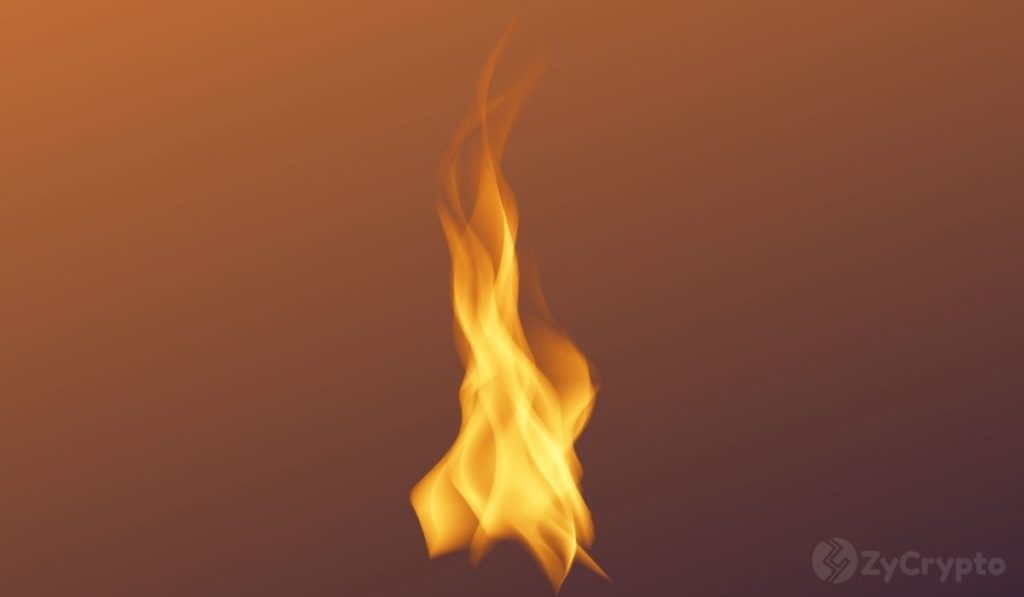 Ethereum Improvement Proposal (EIP) 1559 has removed over 2 million ETH from circulation since it was implemented in August.

Popular crypto analyst Benjamin Cowen says he’s looking at a few signals that could indicate investors’ risk appetite for altcoins.  In a new interview on crypto channel InvestAnswers, Cowen says that he has not added to his altcoin holdings in the last three months due to the current macroeconomic backdrop. “I think that when Bitcoin’s […]

The post Here’s When Crypto Analyst Benjamin Cowen Will Flip Bullish on Altcoins Once Again appeared first on The Daily Hodl.

The decentralized synthetic asset platform Synthetix led a relief rally in the cryptocurrency market today, surging around 100% from $1.57 to $3.16 before correcting to $2.88. Synthetix Surges on Market…