As one of the most influential people in the crypto space, the CEO of Ripple says he owns Bitcoin and other cryptocurrencies. But to him, only promoting Bitcoin will stop industry growth. As a result, the crypto industry could potentially lose millions for miners with less incentive than before if nothing changes soon.

At the CNBC event, Brad Garlinghouse, CEO and founder of Ripple, recently said that the tribalism around Bitcoin and other digital currencies has been holding back the industry’s growth.

Related Reading | Could Netflix Tumble Down The Crypto Market?

“It is not good when people in the cryptocurrency space are divided into tribes,” said Garlinghouse at a CNBC-hosted fireside chat last week at the Paris Blockchain Week Summit, in an interview that was published today on CNBC.

When asked about his thoughts on XRP, Garlinghouse shared that he is indeed invested in other notable digital currencies such as Bitcoin and Ethereum — despite being charged by the SEC for playing an integral role in the $1.3 billion sales of unregistered securities offerings.

After dumping below $39,000 on Monday, bitcoin is slowly recovering | Source: BTC/USD chart from Tradingview.com

Garlinghouse said, “I own bitcoin, I own Ether, I own some others. I am an absolute believer that this industry is going to continue to thrive.”

“All boats can rise,” says Garlinghouse. “Adopting other digital currencies, we see this as an opportunity for growth and adoption outside of XRP.”

When asked about investors who have devoted their funds exclusively to bitcoin, Garlinghouse did not mention any names. Still, people in the cryptocurrency industry focus on just one coin.

Tribalism around bitcoin and other cryptocurrencies is holding back the entire $2 trillion market.

One most prominent example of Bitcoin tribalism is Jack Dorsey, the former Twitter CEO and founder of Square Inc. He has publicly declared support for Bitcoin on several occasions. In addition, he recently sponsored research to foster its development as an asset class to make it more accessible in society.

Earlier this year, Dorsey said that he is a Bitcoin maximalist. As a result, he doesn’t plan on adopting any other cryptocurrency soon, including Ethereum.

Another example of a Bitcoin tribalist is Michael Saylor, the CEO of MicroStrategy. He has converted a vast percentage of company reserve cash into Bitcoin.

Related Reading | Bitcoin Bounces Back Past $40,000, But May Struggle To Maintain Position

The company is a major player in the crypto market, with its holdings totaling over 129,000 Bitcoins.

Garlinhouse said the problem with this maximalism is that it has frustrated efforts to lobby U.S. lawmakers. Most representatives would mainly agitate for the cryptocurrency they own rather than taking an interest in what’s best for everyone else.

The lack of coordination in Washington, D.C., amongst the crypto industry, I find it to be shocking.

Tiger Global, Sequoia Capital India, and Alameda Ventures lead a $15 million Series A round for Coinshift 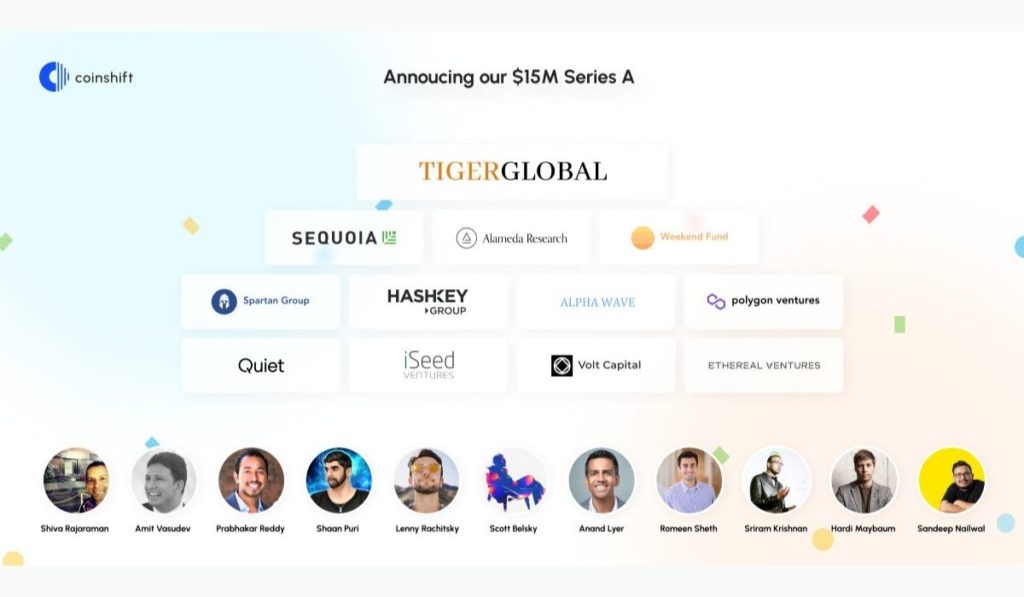 Coinshift, leading treasury management, and infrastructure platform is pleased to announce its successful series A funding round and its roadmap for building a novel full-service treasury management solution in the industry. As per the announcement, Coinshift raised $15 million in the Series A funding round led by Tiger Global. Others who participated in the funding […]

‘Can it get any easier?’ Bitcoin whales dictate when to buy and sell BTC

Whale buying and selling has effectively told traders how to position their bids and asks, data reveals.

A top court in Shangai, China’s biggest city and a global financial hub has upheld Bitcoin as property under Chinese laws, pitting the government against its own anti-crypto stance.